Being Moral is Having a Clean Heart 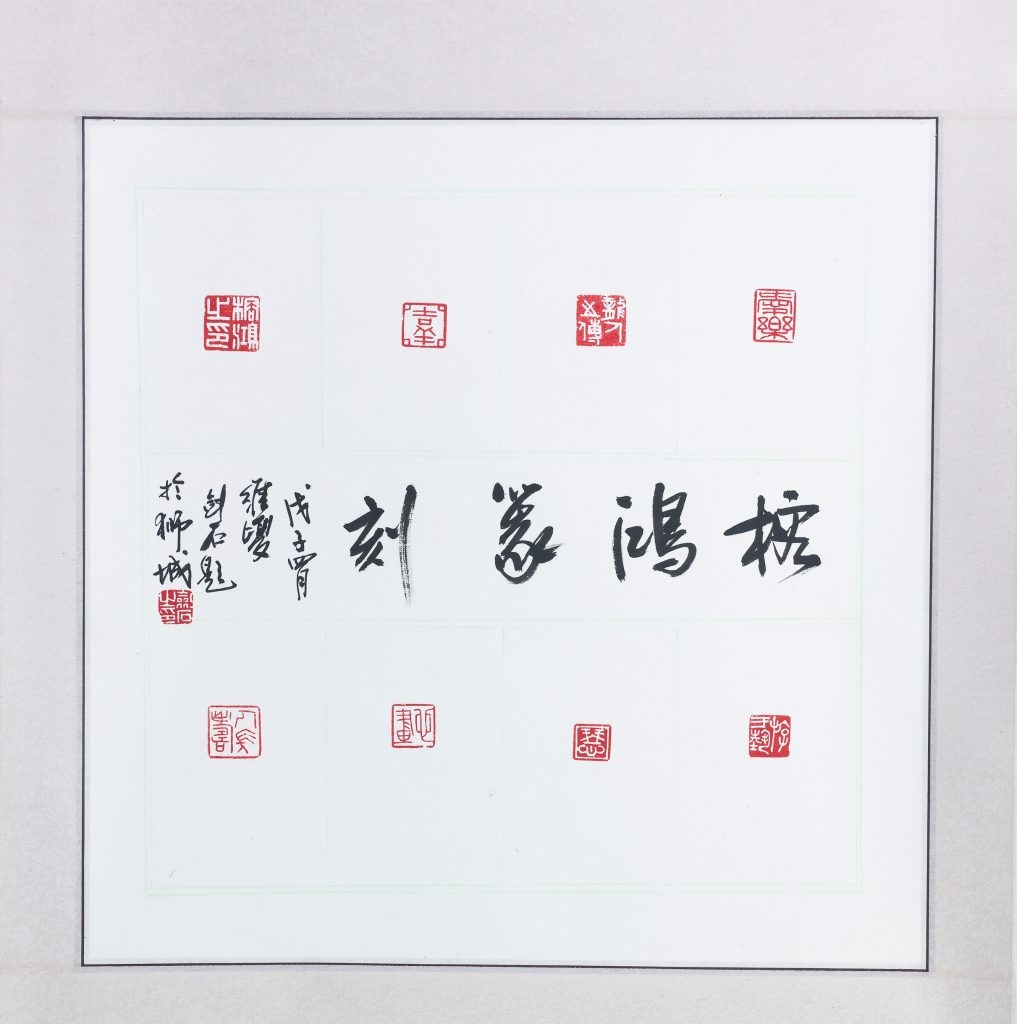 Gallery director Rex Wei presents a collection of his own calligraphic, ink painting, and seal engraving works in “Being Moral is Having a Clean Heart.”

A selection of calligraphy, ink painting, and seal engraving works created by the curator is the focus of this exhibition. Beginning in the 2000s, the curator took lessons of the scholarly arts through Dong Lee’s artist exchange activities. His passion was a factor in building the current collection that shows the fruits of arts and culture development conducted by the gallery.

Calligraphy, engraving, and painting are like three sides of an equilateral triangle of Chinese aesthetic disciplines. Engraving is strict about rules and order, calligraphy straddles the areas of painting and non-representational aesthetics, and painting is liberal and enables the artist to communicate one’s desires with clarity and subjectivity. Classical ink painting incorporates all three disciplines that is unique among the world’s arts. In the process, the artist learned to observe, synthesize, and reflect one’s dictionary of perceptions and translate them into a form that could be appreciated by others. In return, others could make commentary by writing or stamping their mark on the work to communicate to future admirers and critics their reactions. From its creation, a classical ink painting generates a line of unbroken commentary like an Internet forum thread.

Training in the Chinese arts begins with calligraphy and seal engraving. Viewers who have studied Chinese writing (and calligraphy) in any form would understand that the Chinese written script is made up of individual glyphs. Each glyph contains a fixed number of strokes written in an unchanged order. In the study of calligraphy, students faithfully copy from a model glyph, stroke by stroke, the exact steps by which a glyph is made. The student is asked to repeatedly observe and compare one’s own interpretation of a character with the model, through looking closely and looking from just far enough for the entire sheet of paper to be within one’s field of vision. Following similar steps, the viewer could replicate the original writer’s physical action with reasonable accuracy by deconstructing every stroke’s head, body, and tail.

As painting comes after calligraphy, the pedagogical method of calligraphy is applied to painting, where the viewer initially copies a master’s work verbatim. Completed works are evaluated against works by a master, or something from Mother Nature. Evaluation of calligraphy not only had a social dimension, by linking one’s work with the past, but also an important natural dimension. A comparative analysis of one’s work with a master requires an objective view, but in describing it, appraisers adapt the Daoist language of energy, speed, and substance. Perhaps, in our perplexing and chaotic world, artists of the calligraphic tradition are at peace with a portion of observable reality that could not be perfectly resolved with fixed principles, but subjective experiences that are best described by the act of writing and painting.