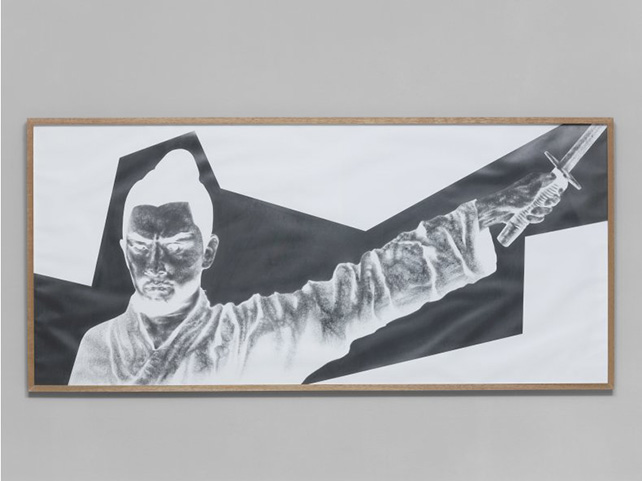 Boedi Widjaja’s Imaginary homeland: kang ouw（一）is a transliteration from Chinese 江湖 into Bahasa Indonesia, kang ouw refers to a realm where swordsmen in wuxia stories roam and fight, in the name of honour. It is a territory that is marked not with geographical lines but in the minds of its actors; a psychological, action-packed space.

The Imaginary homeland series stemmed from the artist’s experience as a child migrant living out his homeland’s history through mass media images and the imaginary. kang ouw（一）will feature drawings of wuxia scenographies and characters, and abstracted reproductions of the drawings using photocopiers and scanners. Wuxia is a film genre that the artist grew up with in the early 1980s.

The exhibition will take place within eight display windows, along a passageway connecting two of Singapore’s oldest malls.