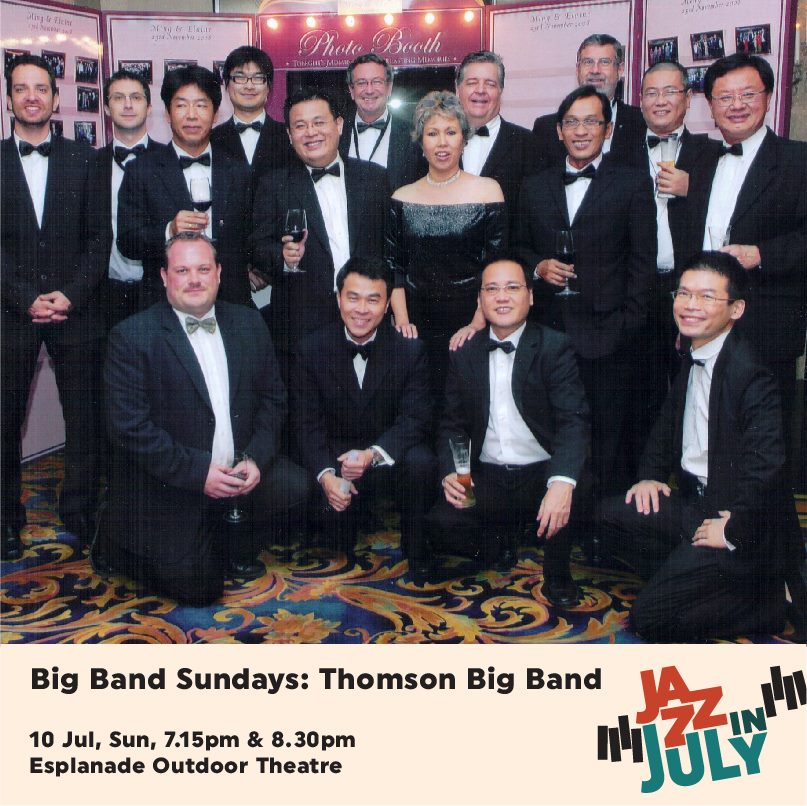 Guaranteed to put a smile on your face and a swing in your step, the Thomson Big Band is the centrepiece of Singapore’s big band world. Composed of the island’s top jazz artists, this vibrant ensemble has an impressive biography that goes back more than 20 years! In addition to regularly performing on radio and TV and at numerous landmark events in Singapore, they have travelled to perform at major jazz festivals and events in Malaysia, Japan, Australia, and India, as well as in Thailand for His Majesty, the King of Thailand. The band has also worked with international jazz stars Ernie Watts and the late  Eldee Young. Thomson Big Band is a much sought-after band at distinguished events and was engaged to perform for the Prince and Princess of Monaco at the Monaco Ball charity event in Singapore. In 2014, the band played at the Singapore International Jazz Festival.