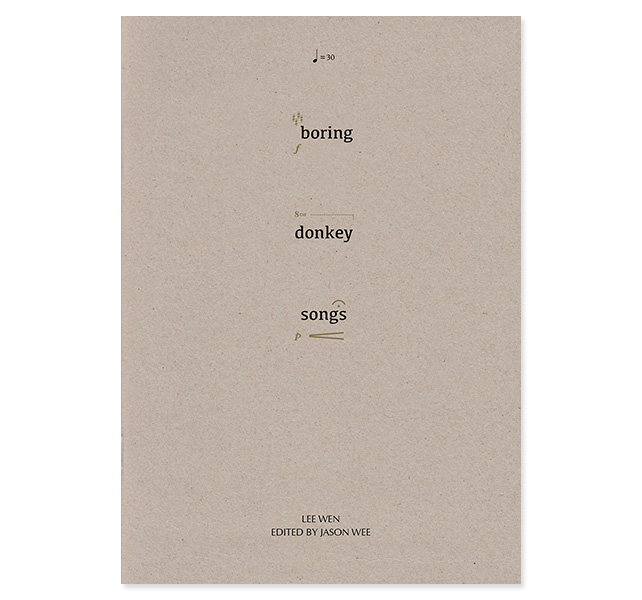 Boring Donkey Songs is a compilation of Lee Wen’s writings, poetry, and lyrics from Facebook, Soundcloud and other platforms from 2013 to 2016.

While not considering himself a writer by profession, Lee Wen updates his Facebook page daily with his thoughts and feelings on occurrences around him, be it his individual political philosophies or his own struggles with Parkinson’s disease. Boring Donkey Songs also provides crucial records and accounts of Singaporean art history. Lee frequently alludes to vital, unforgettable moments in our short history, such as the controversial 10-year ban of performance art and forum theatre; artists and professionals who have left an indelible mark on our artistic developments such as Josef Ng, Helina Chan and Juliana Yasin; as well as recounts of his own struggles experienced as an artist in Singapore.

This book serves as a record of Lee’s frustrations and triumphs portrayed in an almost anti-poem sense, where his writings emulate the sense of a poem, but without its traditional elements. Chapters are divided by year starting from 2013, and are organised in chronological sequence by month and date of material.