Cage is Stage | Stage is Cage 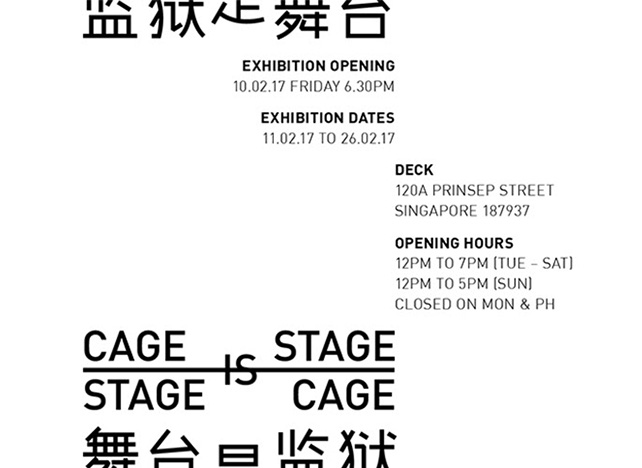 The origin of the Cage is Stage concept dates back to 2007 when Danny Yung came across a traditional Chinese bug box made of red wood in Shanghai. The tiny well-constructed box is used to house small singing bug. Yung was then much inspired by this craft and the concept of how an “artist” captured and performed in such an enclosed cage/stage.

Yung had then traced the whereabouts of the box maker. The craftsman was a retired member of liberation army living in the countryside near Shanghai. Yung redesigned the “cage” and commissioned the craftsman to produce these boxes. Since then, Yung had invited over 50 friends of diverse backgrounds to join him in the Cage is Stage project. The participants include entrepreneur Marjorie Yang of Hong Kong, film maker Jia Zhangke of Beijing, choreographer Lin Hwai-Min of Taipei, theatre director Sato Makoto of Tokyo, painter Johnson Chow of Vancouver and dramatist Ping Chong of New York and more.