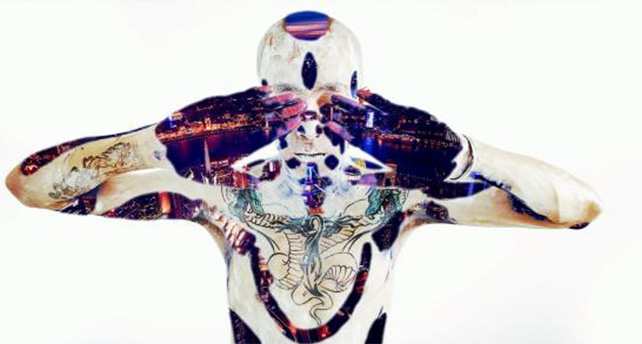 Ota Fine Arts Singapore is delighted to present “The Lament: Mountain Ghost”, a solo exhibition by Chinese artist Cheng Ran. The exhibition presents numerous video works and Cheng Ran’s latest body of mixed-media installations. Just like the works presented by the artist, this exhibition aims to create an art experience that transcends borders of time and space.

Cheng, who currently resides in Hangzhou, has been creating works of new media for many years. Drawing on themes inspired by western popular culture and literature, his series of videos and installations have been well-received both within China and abroad. In 2016, Cheng exhibited his ongoing series ‘Diary of a Madman’, which commenced during a short residency in New York at the New Museum. Within the series Cheng showcases his unique perspective as a foreigner away from his home country.

In the video work of the same title, Cheng draws inspiration from “The Lament”, a poem written by Qu Yuan during the Warring States period of ancient China, to discern aspects of contemporary Chinese society. In this 13-minute video, viewers are first greeted with the image of a man whose body is painted in white. One’s attention is drawn to the distinct tattoo-like marks on his body while his slow movements remind one of dance or a type of ritual. This first installment of “The Lament: Mountain Ghost” takes its cue from the ghostly imagery present in Qu Yuan’s poem. By constructing a mysterious ritualistic dance that oscillates between fiction and reality, Cheng expresses his attitude towards a rapidly developing city and also the dilemma between ideals and reality.

Gradually, viewers begin to recognize that a second video is being projected within the moving silhouette of the main character: glimpses of a guitarist performing or jamming in an ambient space. The delicate sounds of his guitar resonate through the exhibition hall like a symphony of harmonizing sounds. This background music is a collaborative endeavor by Cheng Ran, Shanghai guitarist Wang Wen Wei and electronic musician Valley. “The Lament” is recognized as the first romantic poem of ancient China. It is inundated with fantasy and metaphors of reality that outline an idyllic and pro-active political and scholarly attitude. Under such a context, through the use of a variety of mediums, Cheng Ran extracts the subtle yet complex emotions in the poem.