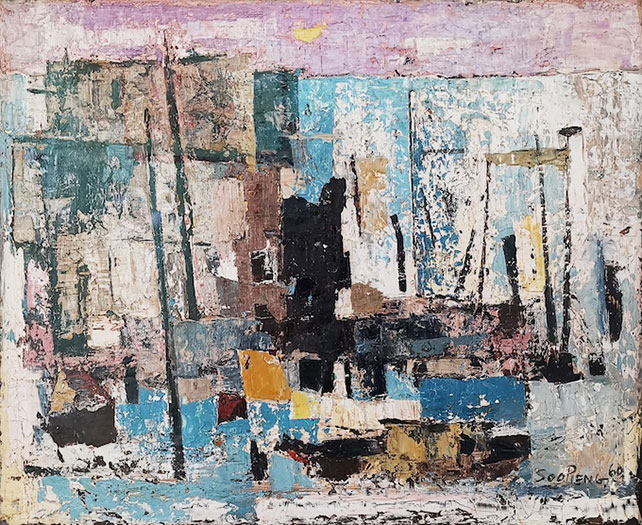 artcommune gallery is proud to announce this special showcase featuring 10 significant works that are highly stylised in visuals and themes by Singapore pioneer master, Cheong Soo Pieng. Throughout his career, Cheong Soo Pieng (b. 1917, Xiamen, China – d. 1983, Singapore) was a trailblazing figure in the Singapore Modern Art scene. In addition to being a pioneer of the nanyang art style, he is today widely hailed as one of the most creative Chinese artists of the 20th century. Over the course of four decades, the prolific artist established a wide-ranging output famed for its bold pursuit of Modern aesthetics and innovative amalgamation of forms and techniques derived from both Western and Chinese art traditions.

Focussing on works created between 1960 and 1980, Ambition for Originality throws the spotlight on the creative crossroads and continuous strive for original expressions that are reflected in Soo Pieng’s explorations of different themes and mediums in this period. More than any of his nanyang contemporary, he worked prolifically across mediums and constantly engaged in the interrogation of traditional forms and values. A close study of the works on exhibit would reveal that, beyond studying and referencing the origins of established art traditions such as Western cubism and abstraction, Soo Pieng’s ambition was always to re-invent and extend these discourses through an authentically personal and original vision informed by his Chinese identity.