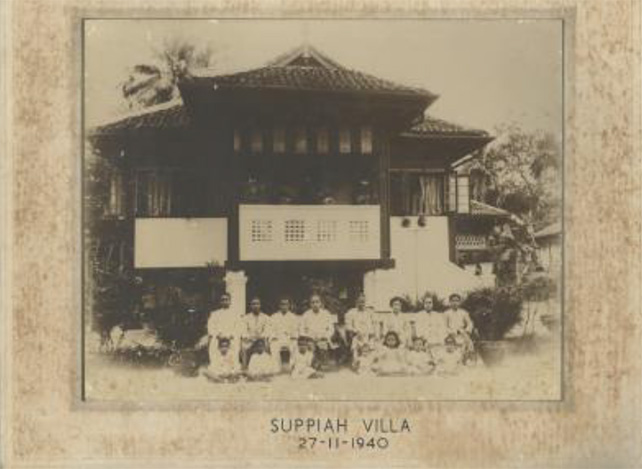 A Photograph of Ramasamy Suppiah and Family at Suppiah Villa in the Upper Serangoon area, 1940s, Singapore, Paper, On loan from Ponnosamy Kalastree

The Chetti Melaka are a fascinating community, with a unique culture that epitomises the spirit of multiculturalism through a rich blend of Indian, Malay and Chinese influences. Also known as Peranakan Indians, they speak a language, Chetti Creole, which combines Tamil, Malay, and Chinese dialects; wear traditional outfits that reflect Javanese, Bugis, Acehnese, Batak and Tamil fashions; and have a cuisine that marries Indian, Malay, and Peranakan Chinese culinary styles. Their unique heritage will be on display at the Indian Heritage Centre’s (IHC) first community co-created exhibition, Chetti Melaka of the Straits: Rediscovering Peranakan Indian Communities.

The exhibition celebrates the culture and legacy of the Chetti Melaka, offering visitors a rare look into this lesser-known community and their way of life. Visitors can also experience various aspects of their unique intangible cultural heritage at the Indian Heritage Centre CultureFest 2018, a two-weekend festival which will be launched together with the exhibition.

The Chetti Melaka form a small but significant community of early migrants who have made Singapore their home. They are descendants of Tamil traders who first settled in Melaka during the reign of the Melaka Sultanate in the 15th to 16th centuries, and married local women of Malay and Chinese descent. Today, it is estimated that there are about 5,000 Chetti Melaka living in Singapore. While they largely retain their Tamil Hindu traditions, the Chetti Melaka have also embraced practices from the Chinese and Malay communities, resulting in a unique fusion of cultures.

Through some 175 artefacts and photographs presented in collaboration with the Peranakan Indian (Chitty Melaka) Association Singapore, visitors will be able to learn about these cultures and traditions, which include their elaborate wedding rituals that can take place over a period of up to three weeks; their cuisine which combines various culinary influences from around the region; and their distinct creole language that is a rare mixture of the predominant languages of the Straits comprising Bazaar Malay, Tamil and Chinese. A majority of the items on display in the exhibition are on loan from members of the community, and have never been publicly exhibited before. They give visitors a glimpse into the daily lives and homes of Chetti Melaka families in Singapore, and share more about their lesser-known history and heritage. 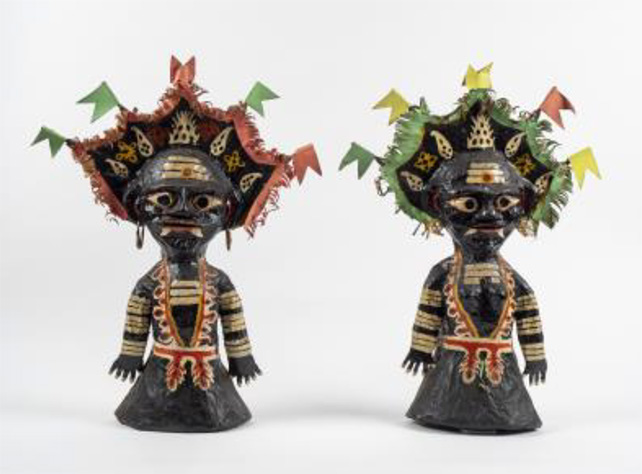 A pair of miniature Hantu Tetek figures and a photograph of the ratham procession, 1980s and 1970s, Melaka, Malaysia, Paper
On loan from Meenachi Pillay

The photographs, documents, clothes, jewellery, cooking implements and other accessories allow exhibition visitors to retrace the journeys of the early South Indian traders from the Coromandel Coast who first settled in Malacca (now Melaka) at the turn of the 16th century, their settlement in Melaka, and the subsequent migration of their descendants to other British ports like Singapore. The exhibition also features stories of pioneers in the Chetti Melaka communities, including that of Mr Muthukrishnan Tevanathan Pillay, who was an executive in the Accountant General’s Office and was made a Member of the British Empire by His Majesty King George VI for his contributions during World War II, and Mr Francis J Pillay, who also fought in the defence of Singapore during the War. Please refer to Annex A for the list of exhibition highlights. 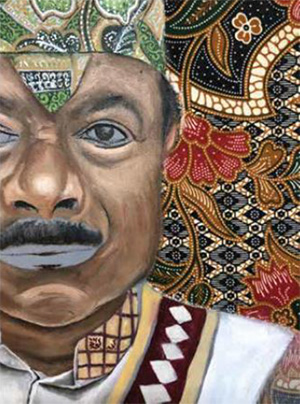 The exhibition will also feature Potret Potret, an installation of paintings on batik fabric by Nadiah Alsagoff. The works examine the themes of hybridity and identity, and by juxtaposing current members of Singapore’s Chetti Melaka community with their ancestors, reveal the diverse influences that make up their culture.