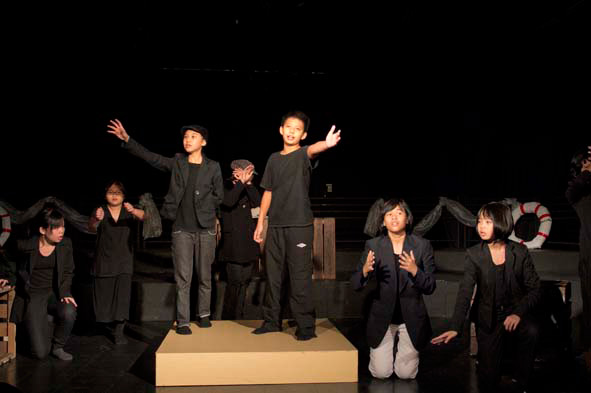 Bring the whole family for a chance to watch young thespians presenting dramatic works inspired by Asian stories and local authors. Kicking off the series are six short works based on stories written by Singaporean authors that have been adapted by ACT 3 International to incorporate various theatrical styles such as Chinese opera, dramatic readings as well as choral and dance movement. This will be held during the Asian Festival of Children’s Content 2015.

Fun at the Opera by Susanna Goho-Quek
Presented by Zhonghua Secondary School
4 and 5 June 2015, 11am and 4pm, 10 minutes, English and Mandarin
A heart-warming tale about a little boy and his family going to the opera to watch his brother perform, the piece will involve masks and movement inspired by Chinese opera.

Emma’s Elephant by Dave Seow
Presented by Commonwealth Secondary School
4 and 5 June 2015, 11am and 4pm, 10 minutes, English
This story touches on themes of friendship and animal conservation as Emma and Ella the elephant embark on an adventure together. The cast will be using choral speaking as a key dramatic technique.

Juno by Lynette Wan
Presented by Greendale Secondary School
3 June, 11am, 10 minutes, English
This piece of physical theatre with plenty of body improvisations is about the fictitious seed-collecting tree people or kummies and Juno, the kummy that stands out for his ability to think out of the box.

Where is My Home? by Nur-El-Hudaa Jaffar
Presented by Horizon Primary School
3 June, 11am and 4pm, 10 minutes, English and Malay
Callie the cat gets lost but finds herself as she encounters different animals in the forest and learns to appreciate the value of home. Verses will be chanted in dikir barat style – a traditional Malay musical form, while movements will be in the style of wayang kulit, or traditional Malay puppetry.

The Forest Fable by Gelyn Ong

Presented by Bukit View Primary School
4 June, 11am and 4pm, 10 minutes, English
An enchanting fable about Mother Nature and conservation that will be presented on stage through verse and soundscapes that use different objects, as well as the voice and body.

The Snail Who Didn’t Want His Shell by R Chandran
Presented by ACT 3 Drama Academy
3 and 5 June, 11am and 4pm, 10 minutes, English and Tamil