Cita Seni: Rhythm of the Straits 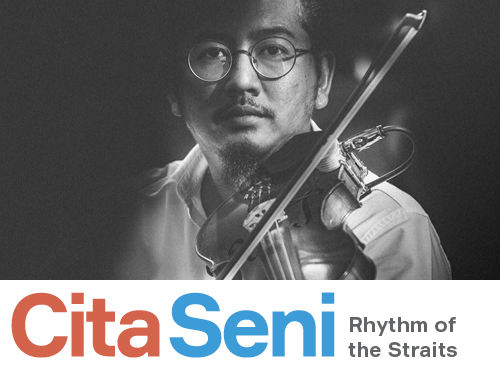 Cita Seni: Rhythm of the Straits

The range of musical Rhythms of the Straits (Selat) tells very much about the cultural history of the region and its people. The evolution of music in the areas of Straits of Melaka is still an ongoing process; while some repertoires have developed, some others are still continuously developing. Led by a young and talented musician, Fadhli Ramlee, this Cita Seni session will showcase a wide range of rhythms of traditional Malay music, juxtaposed against its contemporary renditions. Fadhli will share his experiences in learning and playing Malay music, including his regional exposure on the varieties of Malay traditional music. Through these rhythms, audiences can gain insights into the cultural dynamics of the region, of its past, present and possibly its future trajectory.

About the Artist
Fadhli Ramlee is a traditional Malay musician. Fadhli began his professional career in the performing arts since 2003. He performed Malay dance with Kirana Seni and involved in Malay theatre with Sri Anggerek Bangsawan, Teater Titisan, Teater Ekamatra and Teater Artistik. He is currently an active member of Nadi Singapura and the artistic director of Project Ujong Tanjong, a multi-disciplined team of artists under the Malay Heritage Centre’s (MHC) Art Incubation programme. He was the writer and music director for the official launch of MHC’s annual Malay Culture Festival in 2018.

About Cita Seni
Cita Seni is an educational and discursive forum consisting of seminars and public lectures on national and regional artistic, cultural and intellectual traditions. Co-presented by The Arts House and the Department of Malay Studies NUS, the forum aims to garner public and academic interest on areas of focus. Cita encompasses the meaning of ideal, while Seni refers to the artistic realm.