Cole Sternberg: to join the larger raindrop of the ocean 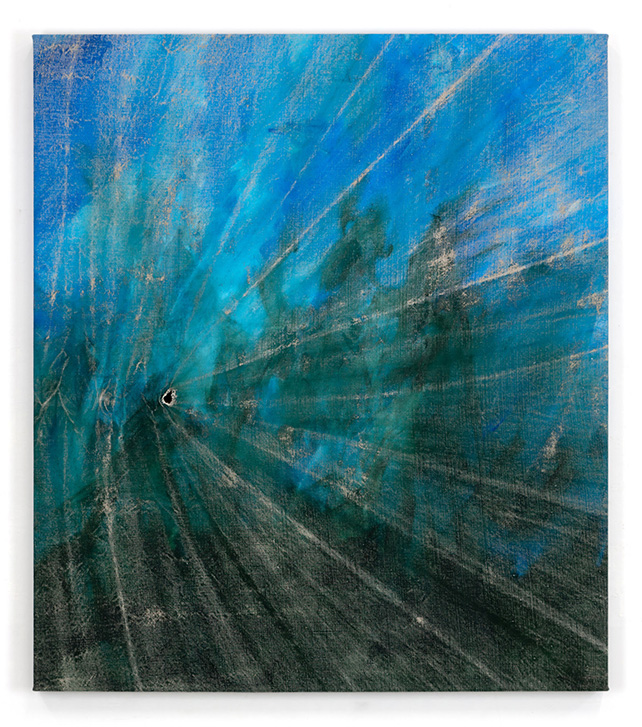 Yeo Workshop presents the solo exhibition of Cole Sternberg, to join the larger raindrop of the ocean, which also marks the artist’s solo debut in Asia.

A culmination of over five years of environmental exploration around large bodies of water, chiefly the Pacific Ocean, the exhibition comprises 11 new paintings and a short film made in 2021. The film, Ocean Reveries, will be shown at the gallery during the exhibition.

The title, to join the larger raindrop of the ocean, alludes to the piercings marked on several paintings in the show – a feature that is novel to Sternberg’s paintings. They form visual references to ripples of the ocean and fractures of light, gesturing at the destructive and regenerative forces of nature that Sternberg has allowed to intervene and determine the works. These canvases have been exposed to winds, storms and dragged in large bodies of water, simultaneously composed and redacted by earth.

The result is sublime non-human, yet familiar patterns that demonstrate earth’s energetic movements and utter quietude: from the darkness of the deep sea to the milkiness of the clouds. Developed between 2019 and 2021, a period defined by solitude for many of us, they bring to bear a sentiment of rejuvenation and perhaps, hope – whether that hope is to the benefit of humankind is yet to be seen.