Crafting Your Own Story to a Screenplay with Boris Boo 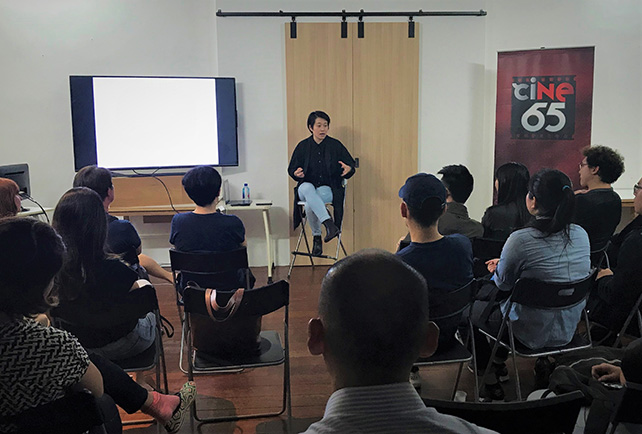 Launched in July 2011, ciNE65 aims to capture our Singaporean identity through the lenses of local budding film-makers. It encourages aspiring young film-makers to share what Singapore means to them. This seminar is part of ciNE65 2019. Share your Singapore story and submit a 3-min short film before 18 March 2019! Visit cine65.sg for more details.

With an increasing number of short films being made each year, a good and memorable film will stand out amidst the noise. The backbone to a good film lies in crafting a good script. What are some of the factors that contribute to writing a good script? Film industry veteran Boris Boo shares how you can translate your ideas into a script and craft them into an effective screenplay.

Boris made his directorial debut in 2009 where he co-directed Where Got Ghost? with Jack Neo. Prior to his film debut, Boris conceptualised and scripted numerous sitcoms, short films and variety shows in MediaCorp Studios and J Team. In 2007, Just Follow Law, a film that Boris wrote was nominated for Best Original Screenplay at the 44TH Golden Horse Awards 2007. Boris also directed features such as, Aku Tak Bodoh (Malay remake of I Not Stupid 2), Phua Chu Kang The Movie, Greedy Ghost, and Filial Party. In 2017, he directed comedy film Lucky Boy.