Death by a Thousand Cuts – By Vertical Submarine 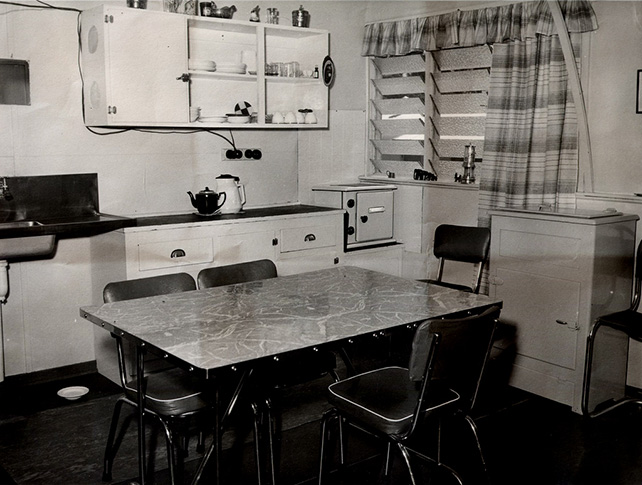 Vertical Submarine presents Death by a Thousand Cuts, an installation at Shophouse 5 in Geylang.

Based on the ancient execution method of Death by a Thousand Cuts, this installation is a recreation of the scene that replays in the mind of a political exile. The scene is of the moment he arrived home late one evening to find his wife sitting in the kitchen with his best friend, both of them laughing out loud. As he enters the kitchen, their laughter ceases. The friend, his back towards the exile, turns around…

Using the mechanism of a scene within a scene, the art collective creates an environment where the viewer walks into a photograph of this setting, a photograph with a tear in the middle from years of being folded and unfolded. This project attempts to discover what results when things are folded over and over again. How spaces serve as extensions of their inhabitants’ bodies, and the connection between severed spaces and bodies as related to executions and a life in exile.

Vertical Submarine is an art collective from Singapore comprising of three members – Joshua Yang, Justin Loke and Fiona Koh. Their works include installations, drawings and paintings, which involve text, storytelling and an acquired sense of humour.

The collective has participated in projects in Spain, Taiwan, Hong Kong, Korea, The Philippines, Mexico City, Australia and Germany, and has most recently completed their residency and research at Foundation La Roche Jacquelin, Singapour en France – le festival in Anjou, France. Collectively they have won several awards including the Celeste Prize 2011 (Installation), the Credit Suisse Artist Residency Award 2009, and The President’s Young Talents Award 2009.