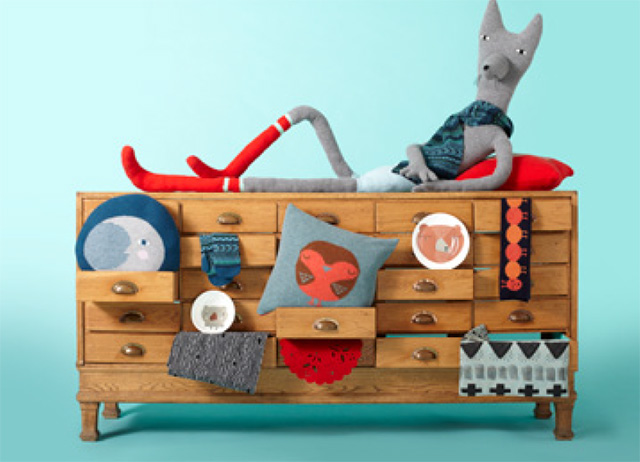 From 17 April to 31 May, catch internationally acclaimed textile artist Donna Wilson’s fantastical creations at K+. Originally from Scotland, Donna established her company in 2003 after making odd knitted creatures for her final show at the Royal College of Art in London. The creatures sold out and she has since built her business extending the menagerie of lovable oddballs, and designing and making a variety of equally enchanting products for the home. Donna now runs a studio and workshop in London. Her colourful knitted designs have been featured in numerous publications and exhibitions around the world. In 2010, Donna won the coveted accolade of ‘Designer of the Year’ at Elle Decoration’s British Design Awards.

Although she has lived in London for many years now, Donna still draws most of her inspiration from her childhood growing up on a farm in Aberdeenshire in the north east of Scotland. Her love of the countryside has influenced her to use texture and organic forms in her work that remind her of home. By using handcrafted techniques like felting, sewing, knitting and wrapping, Donna creates a closeness and familiarity that invite people to connect with her products. 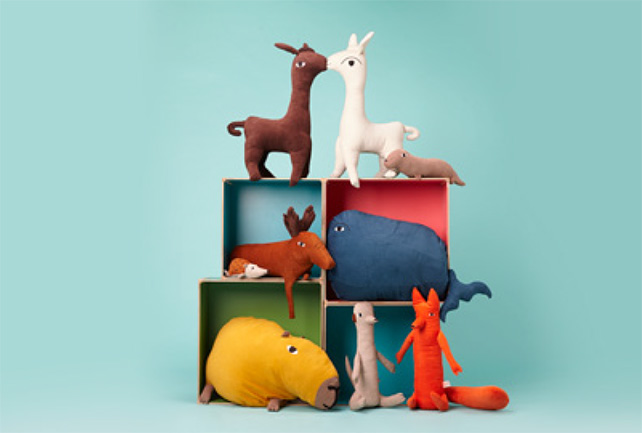 Donna’s exhibition with K+ will feature the largest Donna Wilson collection yet to be seen in Singapore. Most known for her kooky knitted creatures, almost all of them will be on show including the XL giant creatures that stand taller than a man. A wide range of curious homeware will also be available, from cushions and blankets to ceramics, tea trays and towels, and more. For the self, charming animal shaped scarves and eye-catching socks lend some fun to dressing up.