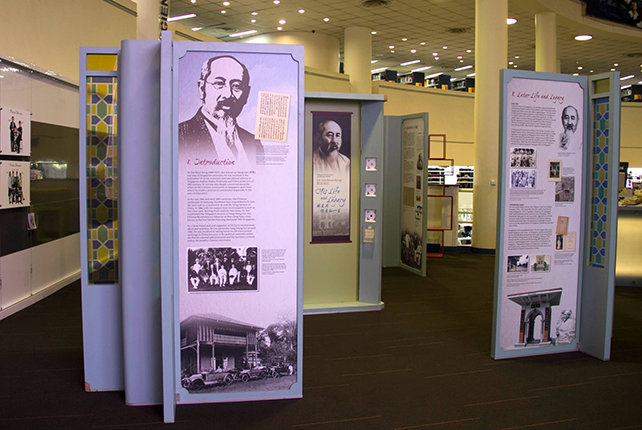 This travelling exhibition aims to increase public awareness about Dr. Lim Boon Keng, his life and his contributions in areas such as education, economy, politics and etc.

Dr. Lim was involved in the promotion of social, economic and educational reforms in Singapore and Malaya (Malay Peninsula) and China at the turn of the 20th century. He was one of the few local Chinese leaders who were deeply concerned about the affairs of the Chinese community in Singapore and China. As a close acquaintance of Dr. Sun Yat Sen, Dr. Lim leveraged on his political network within the British colonial government and his business contacts to help raise funds for the various uprisings led by Dr. Sun.