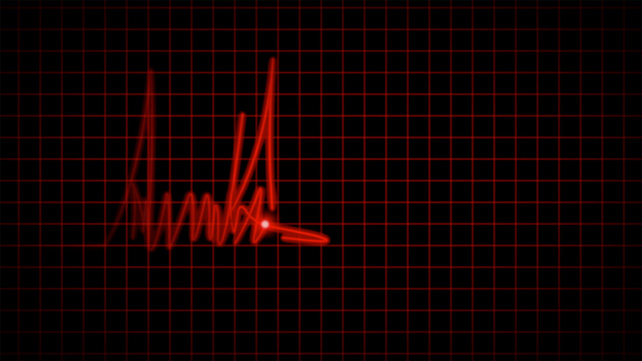 Richard Koh Fine Art will be presenting Executive Orders (2017), a solo exhibition by Vietnamese-American artist, Trong Gia Nguyen, in conjunction with Art After Dark. The immersive video installation will reflect the artist’s thoughts on contemporary American politics, the work examines structures of power and their implications.

Executive Orders is an immersive installation featuring a single channel video of a cardiograph mimicking Donald Trump’s comical signature. The title refers to the president’s ability to sign orders that implement the full force of law. Instead of a traditional beep, crests of the cardioautograph in the video installation is synced with audio mimicking gunshots, alluding to the swift action and magnitude in with which the President of the United States could inflict on his people with a single stroke of a pen. With an added twist, Nguyen commissioned musician Adam Aaronson to produce the accompanying sound of gunshots with the layering of traditional and non-studio instruments, using anything but firearm.

Orders executed by Trump that are considered controversial include the “Muslim travel ban” which halted Syrian refugees and barred visas to citizens from seven countries, the opening of Guantanamo military prison and the dismantling of the Clean Power Plan put in place to combat climate change. Trump, despite his party’s control of Congress and the House of Representatives, has issued over 75 such orders to date, on pace for the most orders signed off by any American president over the last 50 years.