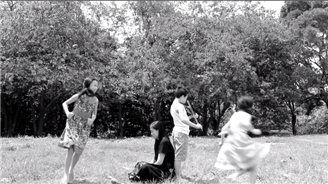 In a fragmented, non-linear style, exodus of nowhere: rondo for the dis/placed recounts a series of migration stories across Southeast Asia, mainland China, and Hong Kong. As these stories of border crossing highlight the manipulation of identity politics for colonial rule, nationalist consolidation, economic domination, etc., the film eloquently debunks the mainstream narratives of political history and definition of boundary. This critical stand subsequently enables the film to find a new way to tell the stories of the powerless and reveal the hurt suffered by communities who were pit against each other by the hands of power. The screening with be followed by a casual conversation between the audience and the filmmakers.