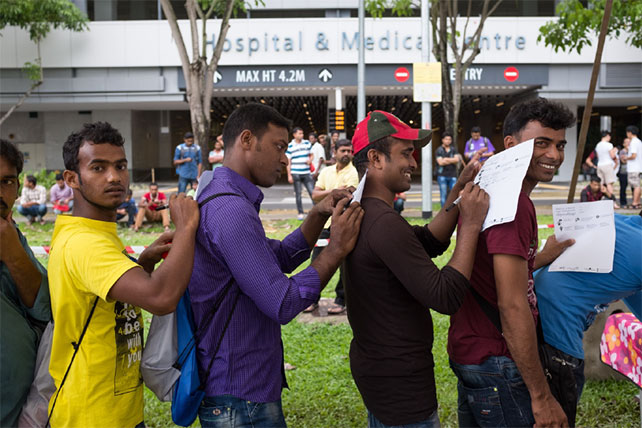 Familiar Strangers, a student-run movement from the Wee Kim Wee School of Communication and Information, will be organising the Familiar Strangers: Stories of Migrant Workers Re-presented exhibition on 2 and 3 April. The event, which will be held at the Visual Arts Centre, serves as a culmination of efforts to empower migrant workers and engage Singaporeans to reflect on migrant issues, integration and social spaces.

In 2015, the labour ministry recorded over a million migrant workers out of 5.5 million people in the country. The migrant issue was also in the spotlight during the nation’s General Election in the same year. According to an online survey with 344 Singaporeans ages 21-35, 65% have had negative sentiments towards low-wage migrant workers within the last five years, and 73% felt that Singapore is unwelcoming to foreign workers. 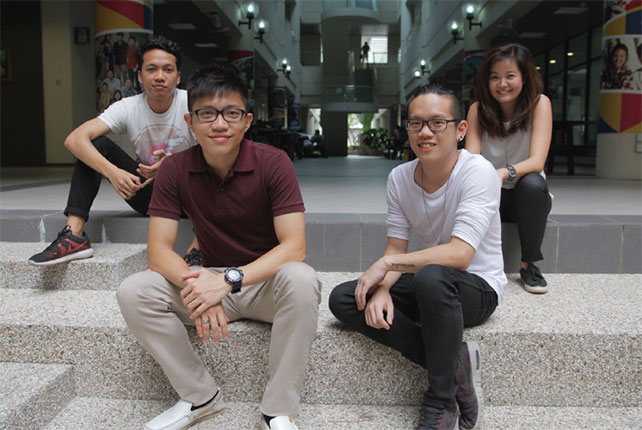 “I think there is a rising issue regarding their presence here, for example, the Serangoon Gardens dormitory outrage showed there is a lack of understanding amongst Singaporeans to view these individuals as themselves,” says Andrea Lim, one of the four group members.

The movement, Familiar Strangers, which was formed on the basis of “from being represented to being re-presented”, believes in giving migrant workers an opportunity to share personal stories from their own perspective. “What made me interested in working on this project was the fresh perspective on self-advocacy, which gives full editorial control to migrant workers,” says Shahrin Izhar, another member of the group. The group hopes to improve sentiments and understanding towards foreign workers through personal stories written in their own words, as well as other means of creative expression. 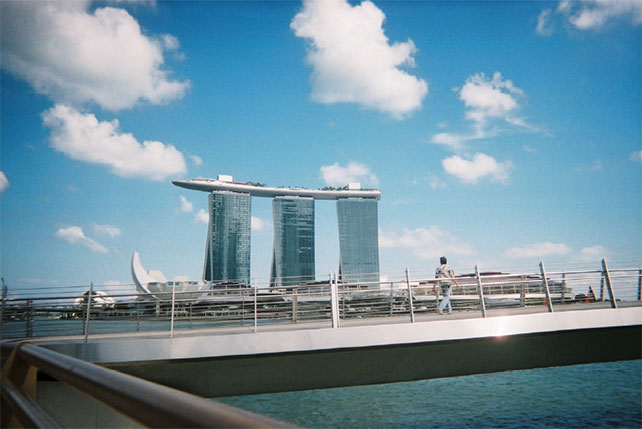 Photograph from Photowalk with Migrant Workers

The exhibition will also feature photographs taken by migrant workers during the Photography as a Voice workshop. “Photographs have been a common and enjoyable way to share stories about experiences, friends and family. We also wanted to present an alternative perspective of Singapore through the eyes of migrant workers here,” says Kenji Kwok, a photojournalist and member of the team. The workshop was conducted to explore a different form of storytelling through visual narratives.

The campaign has also received media spotlight both nationally and internationally from one of the campaign videos, “Migrant Workers Respond to Comments Made by Singaporeans”.