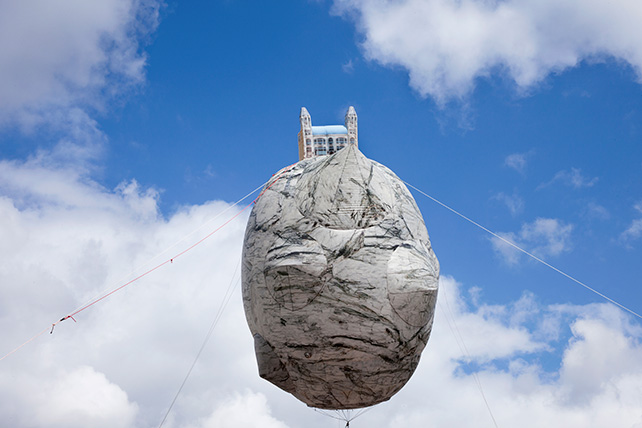 ArtScience Museum is inviting visitors to drift away into alternative worlds with Floating Utopias, a new exhibition which opens on 25 May.

Ever since the first hot-air balloon ascended into the skies in the 18th century, inflatable objects have inspired the public’s imagination, generating utopian dreams of castles in the
sky, floating laboratories, and cloud cities. Floating Utopias is a playful and poetic exhibition that explores the social history of inflatable objects, showing how they have been used in art, architecture and social activism over the decades.

The impressive impact of inflatable objects will be conveyed through eight large-scale air-filled sculptures which will be suspended in the galleries, creating a series of dramatic spectacles along the route of the show.

With the invention of the hot air balloon, humanity was able to leave the confines of the ground for the first time and experience the Earth from above. Floating Utopias explores how this pivotal invention shaped the way we understand the world and our place in it. It shows how ballooning became a source of mass fascination for the public in the 18th and 19th century, inspiring new modes of travel and communication, and prompting scientific innovation. It charts how a new generation of experimental architects began using inflatable structures in the 1960s, as they searched for new approaches to designing space. And it delves into the work of artists who have utilised inflatable objects in surreal, unexpected or unconventional ways. Throughout the exhibition, photographs, documents, and films show how inflatable objects have used for political purposes, historically in State parades and spectacles, and in more contemporary times, by activists as tools for protest.