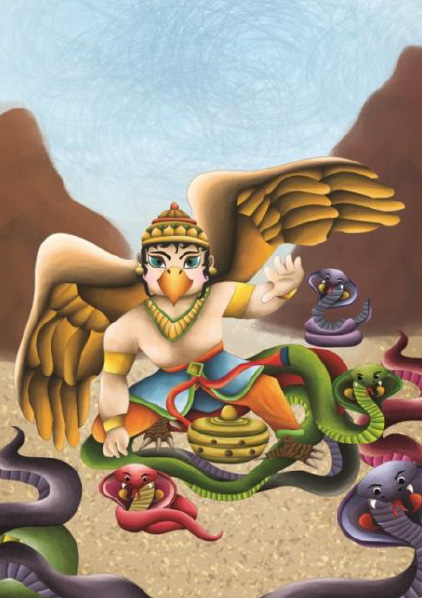 Look at the sky! It’s a bird, it’s a plane, no it’s…Garuda! With wings so wide they could cover the sky, and feathers so strong they could change the weather, you would never see a bird quite as fantastic. Come join Garuda on his adventures, told through music, story and dance, as he sets out to the heavens to find the magic nectar and save his mother from the evil curse of his cousins, the serpents.

From the team that brought you 2016’s sold-out hit Utterly Butter-ly Stories of Krishna comes Garuda – King of Birds, written by Pooja Nansi and directed by Carina Hales, featuring music by Renu Suresh and choreography by Sreedevy Viju. Starring Soti Dwivid as Garuda and Sangeetha Dorai as the mysterious narrator.