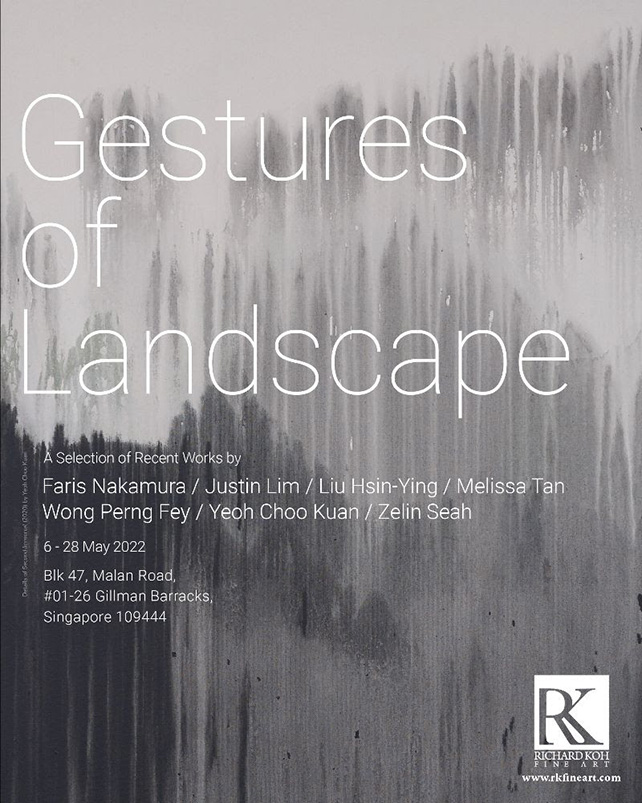 Much like how contemporary art has evolved in the region, the paradigm of landscape in art has shifted dramatically over the centuries. In the Western painting tradition, landscape as a genre only became official in the 16th century and despite this, it was still lowly ranked in the hierarchy of painting genres. However, landscape art in China became established long before it became a genre of its own right in the West via the landscape portrayal of Shan Shui, and very much remains popular in this day and age. The philosophy of Shan Shui predicates that painting is not merely an open window for the viewer’s eye, but rather an object for the viewer’s mind.

In that same vein of thinking, Gestures of Landscape presents works that provoke the human mind with shadows and silhouettes of landscape, allowing viewers an opportunity to see past preconceived notions of nature and creating new opportunities for understanding via the atmosphere, mood, spirit, and the simplest of pictorial means. In all the selected works, the abstraction of the landscape is accomplished through a range of techniques applied on two and three-dimensional planes. Though each artist is dealing with the notion of landscape, there is a great variety of aesthetic and emotional differences among the works.