‘Gone By, Just Before The Present Time’ – An Exhibition by Chen Sai Hua Kuan and Wang Ruobing 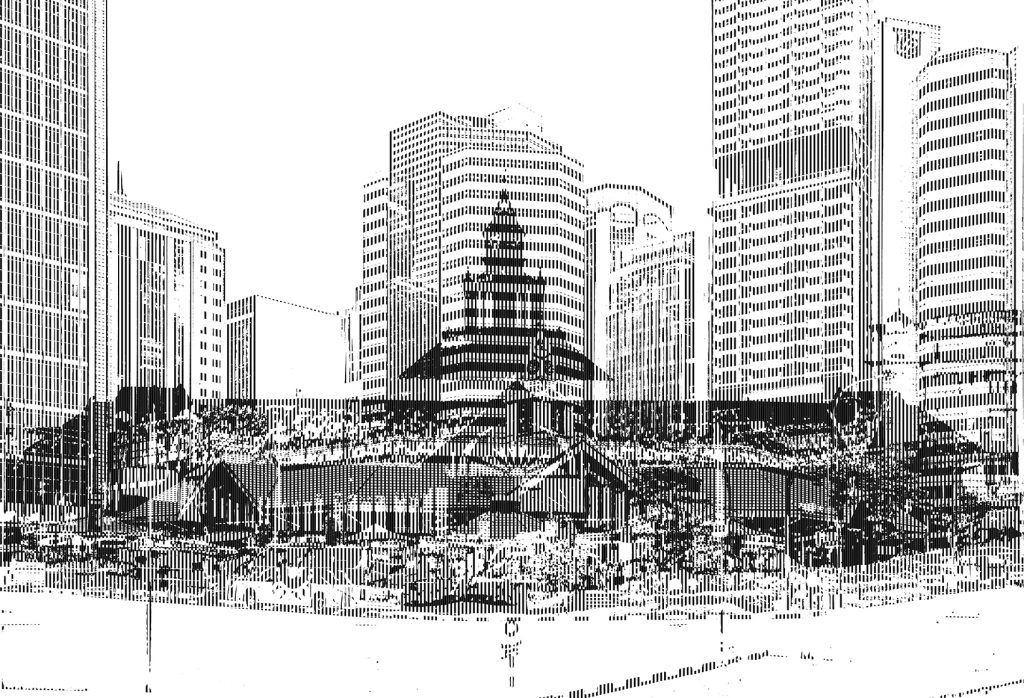 ‘Gone By, Just Before The Present Time’ features the latest mixed-media works co-created by artists Chen Sai Hua Kuan and Wang Ruobing. As suggested by the title, the works explore both artists’ personal and collective memories of historical landmarks in Singapore. Derived from a familiar form of child’s play, where images overlap and form optical illusions, the installation works allow viewers to participate in an interactive experience as they walk pass. In doing so, the viewer’s abstract sense of memories and places are translated into visual perception, hence being reminded of the transitory present. The exhibition leads viewers down memory lane through old and new landmarks featured in the works, such as the former National Library building which was demolished to make way for the Fort Canning Tunnel, and the Lau Pa Sat food centre which is now surrounded by skyscrapers. The complex images dispel the sense of familiarity that is associated with these iconic landmarks and highlights the relationship between heritage and tradition. Through such an approach, both artists demonstrate the ways in which images of the past change over time and how the past is being used for present progress.

Wang Ruobing (b. 1975, Chengdu, China). Wang was born in Chengdu, China and studied at the Nanyang Academy of Fine Arts, Singapore, where she graduated with a diploma in 1997. She went on to study at LASALLE College of the Arts (1997) and University of London (2001). In 2005, she became a citizen of Singapore and has since been based here, practising art and also taking on various projects as a curator and researcher. She later received her Doctorate degree in Philosophy of Fine Art from Oxford University in 2010, on the Ruskin scholarship, and Lamb and Flag scholarships. From 2011 to 2014, she worked at the National Gallery Singapore as a curator and is currently lecturing at LASALLE College of the Arts. Wang adopts diverse methods in the process of her projects, of which comprises installation, sculpture, photograph and video. Her work challenges and explores ways of seeing, often disrupting perception and highlighting the anthropological nature of her subjects. She frequently works with found objects and spaces from everyday life, correlating them with social, political, urban and environmental issues. She has participated in several solo and group exhibitions, including “Over the Horizon” (2016, The Concourse, Esplanade – Theatres on the Bay, Singapore), “#TransActing: A Market of Values” (2015, Chelsea College of Arts, London, UK), “Follies for è birds”, (2014, National Museum, Singapore), “The Earthly World” (2010, The Ruskin School of Drawing and Fine Art and The Dolphin Gallery, UK), “EVA International” (2010, Limerick, Ireland), “Green For Something” (2010, Mora Gallery, Bucharest, Romania, 2010), “Perfect Forest – Seeded II” (2004, The Substation Gallery, Singapore), “Seeded I” (1999, The Substation Gallery, Singapore).