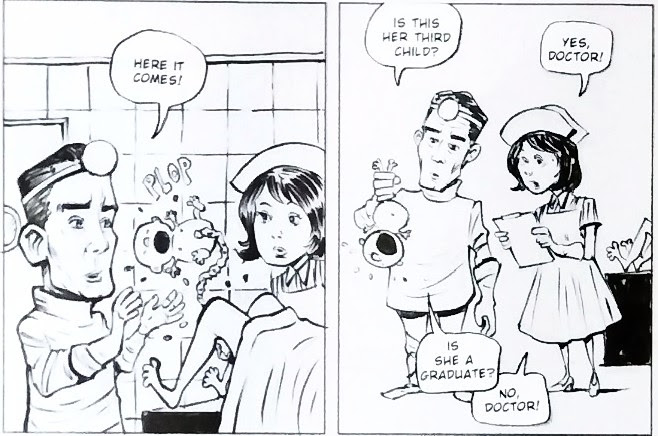 This exhibition showcases a sampling of original inked pages and prints from Sonny Liew’s award winning The Art of Charlie Chan Hock Chye, one of the most successful and critically acclaimed book in Singapore since its launch. It was the first graphic novel to be awarded the Singapore Literature Prize (English Fiction) and Book of the Year in the Singapore Book Awards in 2016, and is the winner of the Danish Pingprisen 2017 for Best International Comic Book, and most recently, three Eisner awards for Best Writer/Artist, Best US Edition of International Material – Asia, and Best Publication Design.

Koh Hong Teng’s current series of works depict biomorphic forms suspended in dreamlike landscapes. Miró meets yōkai manga meets the mythical in these phantasmagorias as contradictory impulses contort and merge, tending towards both the figurative and the abstract in surroundings at once both familiar and strange, evocative of the ambivalence within these forms and with the world they inhabit.

The latest conceptual silkscreen printmaking works by Joseph Chiang are constituted by a vocabulary of the comic-style, Pointillist-like Ben-Day dots used by pop art mavens Lichtenstein and Warhol who had, in turn, been inspired by the use of these dots to create colour gradations and tonal shading in popular comic strips and mass print media. Digital pixels get their day in these experimental, chromatic architectural pieces, which are centred around the self-taught artist’s continued exploration of the nuances of difference and repetition and the relationship between art and commerce through the idea of the unique multiple. Taking a cue from the waste-minimizing idea in lean manufacturing or production, a basic production element for silk-screening is created, and thereafter variously utilised and layered to make unique works of art.