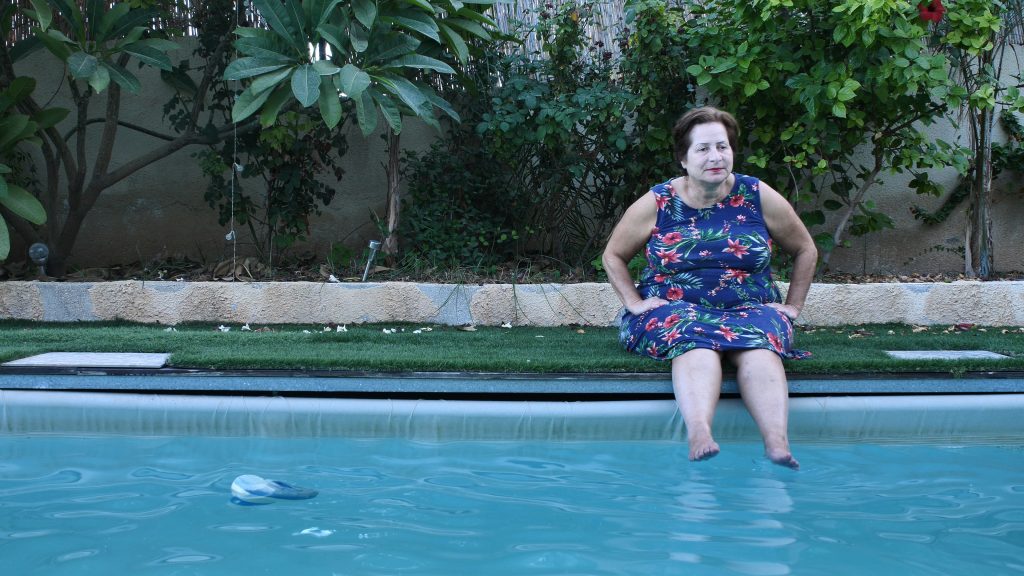 Image: Shuruq Harb, "The Jump" (film still), 2020. Courtesy the artist. Produced by The Han Nefkens Foundation, Barcelona with the support of the Fundació Antoni Tàpies, NTU Centre for Contemporary Art Singapore, and other collaborating institutions.

The Han Nefkens Foundation – Fundació Antoni Tàpies Video Art Production Award appraises the work of emerging artists aged 40 and under, who live in West or Central Asia and have established a solid trajectory but not yet received recognition by international art institutions. Shuruq Harb, the 2019 recipient of this award, will present The Jump, a single-channel video that reflects on the act of leaping, both literally and figuratively, through a conversation with a blind Palestinian woman who retells her experience paragliding from the Caucasus Mountains.

This new limited-edition video work will be exhibited at five institutions internationally over the course of 2020: NTU Centre for Contemporary Art Singapore; the Museum of Contemporary Art and Design in Manila, WIELS in Brussels; the Fundació Antoni Tàpies in Barcelona; and Jameel Arts Centre in Dubai. Harb was selected by an international jury, including NTU CCA Singapore’s Founding Director Ute Meta Bauer, for her capacity to generate knowledge out of a conflict-ridden lived reality. Her incisive filmmaking provides a critical reading of contemporary existence; a poetic reflection on image production and how this is used in conflict zones.

BIOGRAPHY:
Shuruq Harb (Palestine) is a visual artist and writer based in Ramallah. Her artistic practice focuses on online visual culture and traces subversive routes for the circulation of images and goods. She is co-founder of “ArtTerritories” (2010­–17), and “The River Has Two Banks” (2012–17), last exhibited at the Asian Art Biennial in Taiwan. Her work has been exhibited internationally at the New Museum, Columbia University, Gwangju Biennial, Istanbul Biennial, Darat al-Funun, Ikon Gallery, among others. Her latest film “The White Elephant” received the award for best short film at Cinéma du Réel Festival in Paris, 2018.

About Han Nefkens Foundation:
The Han Nefkens Foundation was established in 2009 with the aim of connecting people through art. In 2016, Han Nefkens decided to focus exclusively on supporting emerging and mid-career international video artists through Awards, Production Grants, and Mentorship Grants. The Foundation is not only involved in producing new works with the artists, but also finding international residencies, producing publications, purchasing working tools, finding technical support, and bringing artists into contact with art institutions and peers. With an extensive network in countries such as Thailand, Vietnam, Cambodia, Korea, Ecuador, Peru, Spain, and the Netherlands, the Foundation is able to present artists to a diverse and global audience.