History of the National Museum of Singapore 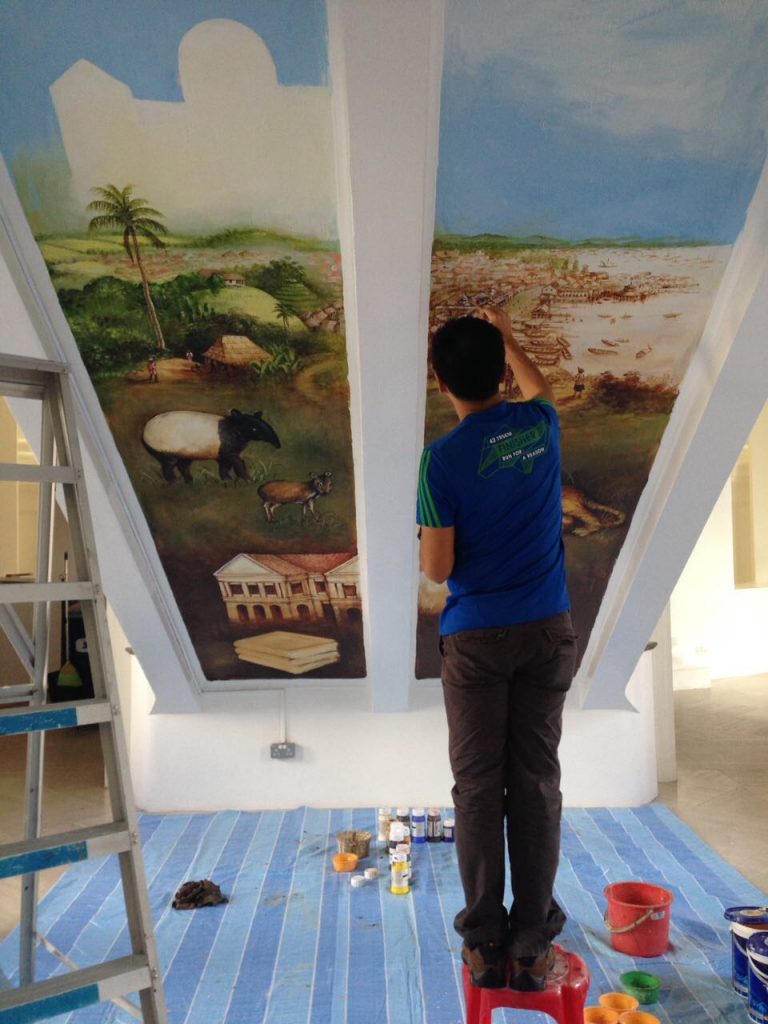 This mural was painted over four days in a style inspired by the 19th-century landscape paintings held by the National Museum of Singapore (NMS), and presents the Museum’s rich history and collection.

A selection of the Museum’s collection is featured in the middle tier of the mural. The tiger is reminiscent of the Museum’s zoological collection, which included a stuffed Malayan tiger that was displayed in the Museum’s rotunda in the early 1900s. The landscape is a partial reproduction of Singapore from Mount Wallich (1856, painted by Percy Carpenter), which the Museum acquired in the 1950s when it incorporated an art gallery in its spaces. Animals from the Museum’s prized William Farquhar Collection of Natural History Drawings can also be found in this mural: the Malayan Tapir and Lesser Mousedeer are caught “trespassing” on Mount Wallich, while a scaly-breasted Munia and a pair of Blue-tailed Bee-eaters are perched on the tree branches above the Museum building.