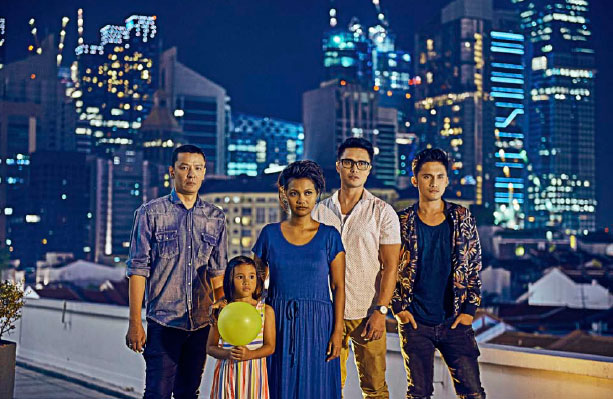 Hope, the root word of “hoping”, “hopeful”, “hopefulness”, and the like; a word that serves as the thrust for the condition, the needs, the wants of each and every human being.

A father, a mother, to a son; and two friends. Human beings, each one of them. Desperate, dejected, whose fate remain undecided, whose dreams remain uncertain, and whose ambitions remain undefined, only because deep in their hearts, the seeds of hope were sown.
Probably, without hope, without hoping, without being hopeful, their lives would be untainted, unscathed, undamaged, and not naked; devoured to the skeletal frames of their existence.

Written by Haresh Sharma | Directed by Mohd Fared Jainal
A co-production with Teater Ekamatra
Performed in Malay, with English surtitles.
1hr 30mins, no intermission
Contains some mature content. Recommended for 16 years and above.