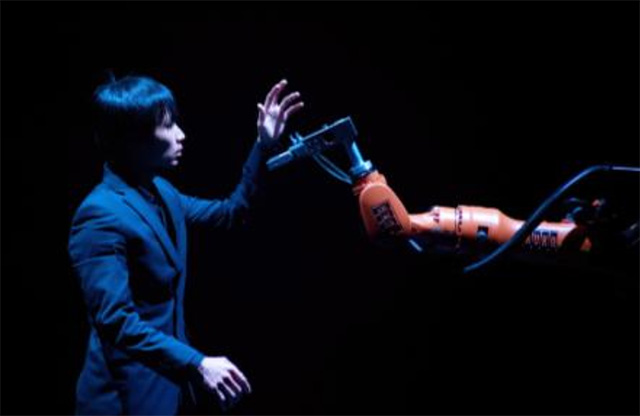 Esplanade – Theatres on the Bay’s 14th edition of Huayi – Chinese Festival of Arts, which starts on the fifth day of the Lunar New Year on 12 February 2016, offers fresh takes on both familiar or established stories and art forms. This includes programmes such as a drumming theatre with multi-media, a satire on Shakespeare’s Macbeth, a theatre production chronicling the lives of Peking Opera artists, a dance between human and robot and many more.

Not to be Missed at Huayi 2016:
– God of Carnage by Dionysus Contemporary Theatre featuring Golden Horse Award winner Anthony Wong and popular television actress Louisa So.
– One Hundred Years on Stage, a theatre production that traces the journey of Peking Opera over a century, by GuoGuang Opera Company (Taiwan).
– Taiwanese drumming performance group U-Theatre’s Beyond Time, a meditative celebration of the awe-inspiring moments in life.
– Macbeth, a satirical presentation of Shakespeare’s classic tragedy directed by emerging Chinese theatre director Huang Ying.
– Huang Yi & KUKA, a poetic work that intertwines modern dance and technology with the realm of robotics, performed by Huang Yi (Taiwan).
– Songs from Chen Jiaming, a milestone concert that commemorates the 30th year Chen Jiaming’s songwriting journey, performed by Olivia Ong, Jocie Guo, MICappella and more.
– The Four Great Classical Novels in Concert by Singapore Chinese Orchestra which is inspired by four great classical novels of Chinese literature.