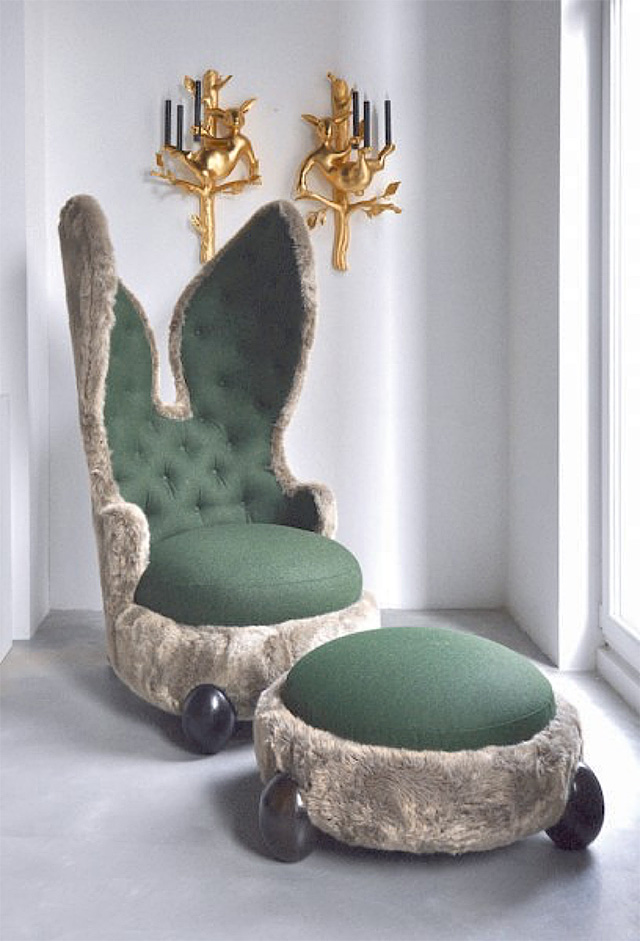 Armchairs that come with a pair of rabbit ears and table lights which feature dogs or ostriches are just some of the playful and whimsical works that can be seen at French artist-designer Hubert Le Gall’s first-ever solo show in Asia.

The show, which will officially open at Mazel Galerie at Pacific Plaza on Jan 12 2018, will also feature his other iconic works such as the Ferriere commode (a chest of drawers covered with flowers on all sides to conceal its function) and flower tables (inspired by Andy Warhol’s daisies).

On top of these, the 57-year-old, who has designed for luxury brands such as Dior and Ruinart, has also created exciting pieces exclusively for his Singapore show – the Orchid Flower table. This comes in two editions of eight tables each.

Le Gall has stopped producing these limited edition flower tables, but at the request of the owner of Mazel Galerie Singapore, Frenchman Kevin Troyano Cuturi, he has created an exclusive version for the Singapore show. He chose orchids as they are the national flowers of Singapore.

About 65 of his works, all limited editions, will be on display at the Singapore exhibition. They range from smaller works such as the bronze and gold leaf work titled “Apple”, which shows a candle holder emerging from an apple, to bigger works such as the 2012 work titled Pinocchio Console, a metal and bronze work which shows Pinocchio with his nose cut off, and a saw that has morphed into a leafy branch and is stuck into a console.