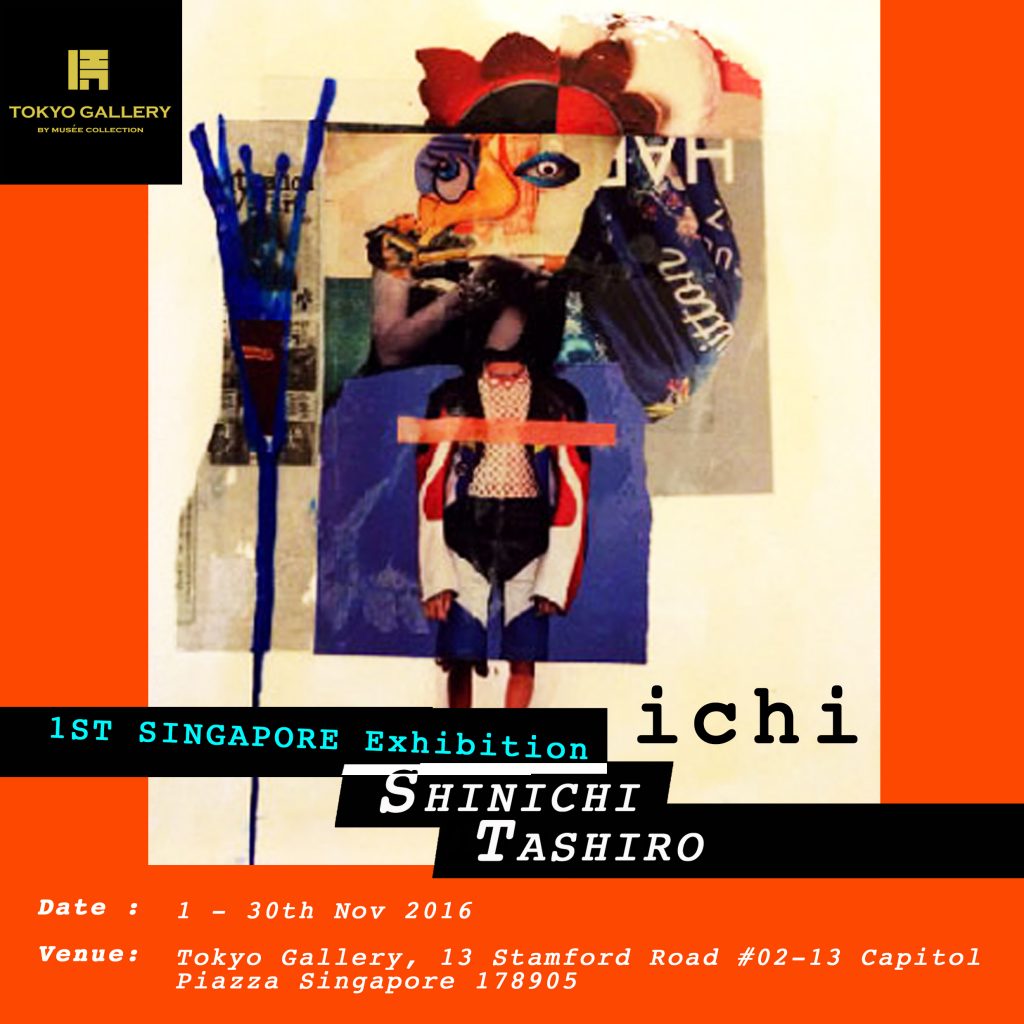 Living in a world overloaded with information may be an exhausting reality for many – but not so for Japanese street artist, Shinichi Tashiro.

Engaging with Tashiro’s collection is comparable to walking into a roomful of windows, each offering us a brief flash of insight into the artist’s perspective on our existing world. Such a revelation would be unsurprising, for the artist intentionally goes out of his way to surround himself with cultural debris, often in the form of fashion magazine adverts. Armed with scissors, paint and glue, he then proceeds to cut, rearrange, paste, paint and finally, transform them into a host of wildly inventive (and faintly satiric) characters.

Quirky and dynamic though his work may be, Shinchi’s creative lifestyle is nothing if not hard won. In order to feed his creative passion, the adventurous Shikoku-born native led an unconventional life, moving to Tokyo at eighteen. There, he began selling postcards to make a living before travelling to New York, where he lived homelessly in Central Park for a year. These difficult conditions however, proved to be catalytic for the young visionary. In order to preserve his artistic integrity, Tashiro repeatedly rejected commercial job offers, maintaining that he could not afford to lose the creative drive that has taken him around the world.

Today, works by the rising young artist are well received by international art collectors. His collages are currently shown alongside renowned Japanese artists like Kusama Yayoi and Nara Yoshitomo and purchased by fellow celebrated street-artists like Nick Walker and Mr. Brainwash. Impressed by the young artist’s work, the latter has invited him to join his team, an offer he declined in favor of seeking his own path.

Tashiro is now based in Hong Kong, where he continues to pursue his creative practice.

By: TOKYO GALLERY by MUSÉE COLLECTION