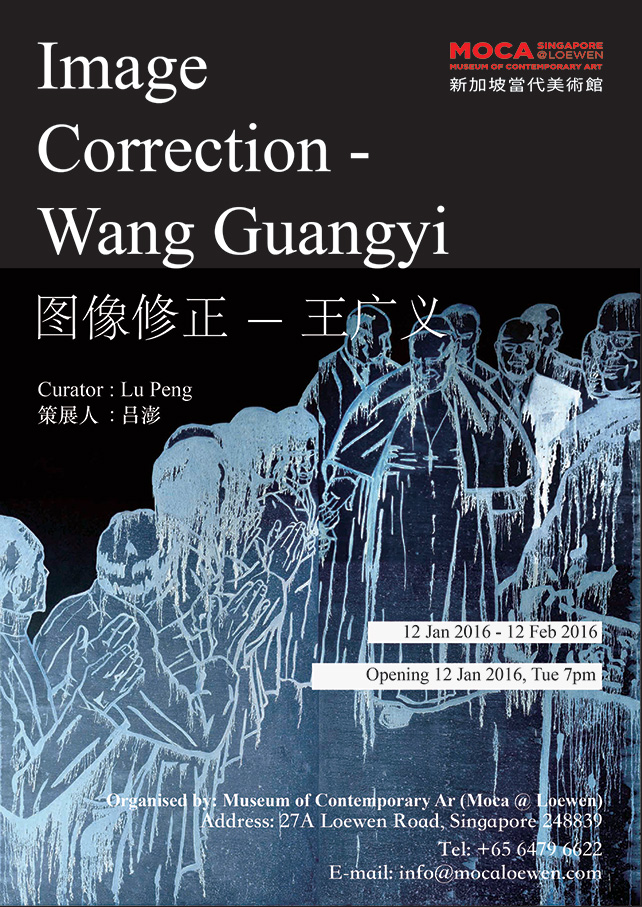 Titled ‘Image Correction’, this exhibition showcases Wang Guangyi’s aesthetic expression of the political paradox. Wang illustrates major historical events, which we are unable to ignore. Through his works, Wang considers this series as him “playing a serious game”. The works in his new series have strong connections with each other. They are specific, relevant and correlating.

Born in Harbin, Heilongjiang Province in 1957, Wang Guangyi studied art within the context of the Cultural Revolution initiated by Mao Zedong in the 1970’s. Wang enrolled at Zhejiang Academy of Fine Arts and graduated from the oil painting department of the academy in 1984. Wang currently lives and works in Beijing, China.

Wang is best known for his Great Criticism series of paintings, which use images of propaganda from the Cultural Revolution (1966–1976) and contemporary brand names from western advertising. Wang is very much considered as a leader of the new art movement that started in China after 1989.

Despite facing constant criticism for his works, Wang sees these criticisms as a motivation to step out of his psychological comfort zone, to make changes, and seek for objects, which can come into effect in our contemporary society. Wang begins to think about the final form of artistic practice by creating works associated with great men, symbols and myths. These works involves no representation but focuses on the exploration of the concept. 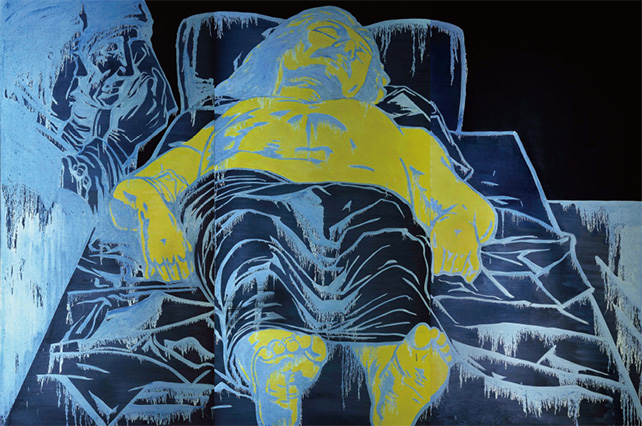 By: MoCA@LOEWEN, Museum of Contemporary Arts