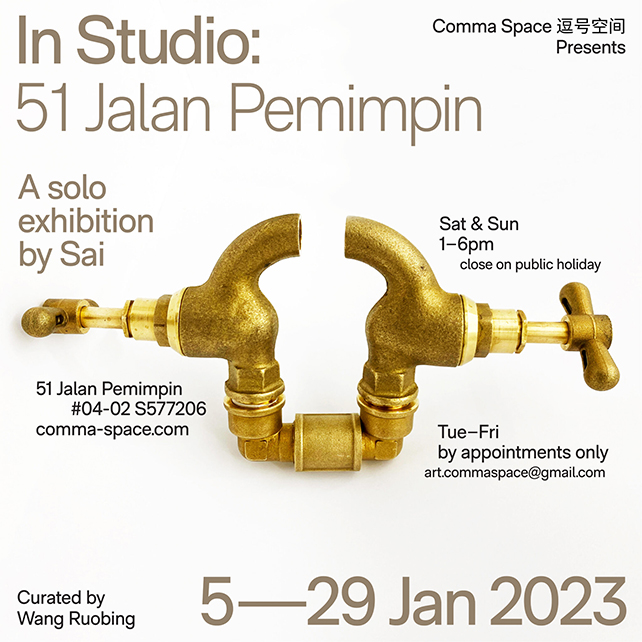 “In Studio: 51 Jalan Pemimpin” is an exhibition with artworks developed from “In Studio” ongoing series. “In Studio” series is an important on-going series of mine that Sai has been developing since 2000. “In Studio” series reflects his quirky ideas that are conceived in a studio environment. Studio is a critical venue, physically and mentally vital for an artist. Sai had studio spaces in many places before including Berlin, London, Oxford, Lyn etc. These studio spaces are more than a space but a social body with its own history and contexts that have informed my practices. “In Studio: 51 Jalan Pemimpin” is specifically referring to the artworks produced in his current studio at 51 Jalan Pemimpin located in an run-down industry building.

“In Studio: 51 Jalan Pemimpin” consists of artworks created out of readymade objects that we often see and use in daily life. They are set up in quirky and unexpected situations with humour, contradiction and irony. Items like the electrical multi adaptor and pencils have been rearranged and adapted into new configurations that challenge conventional associations with utility and cast new light on the materials.