Into the Wild: An Immersive Virtual Adventure 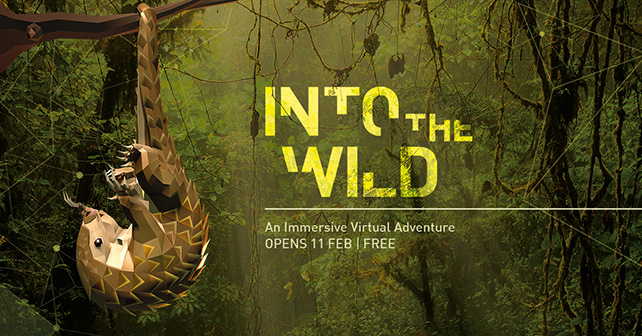 From 11 February, ArtScience Museum visitors will be able to effect real-world change through interactive technology at the museum’s latest permanent development, Into the Wild: An Immersive Virtual Adventure.

Built in collaboration with Google, Lenovo, WWF and Singapore artist, Brian Gothong Tan, in association with Panasonic and Qualcomm, Into the Wild transforms over 1,000 square metres of ArtScience Museum’s public spaces into a virtual rainforest, explored using a smartphone device. The virtual adventure becomes a reality, when visitors take an active role in replanting the rainforests of Southeast Asia. For every virtual tree planted, and accompanied with a pledge to WWF, a real tree will be planted in a rainforest in Indonesia. 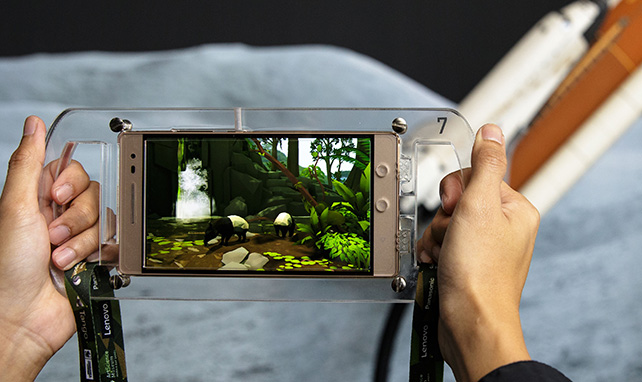 Into the Wild begins at ArtScience Museum’s Basement 2. Using Lenovo’s Phab 2 Pro, the world’s first Tango-enabled smartphone, powered by the Qualcomm® Snapdragon™652, platform visitors will step into the role of a ranger and embark on a virtual reality adventure. This experience is made possible by Tango’s area learning, depth sensing, and motion tracking capabilities. 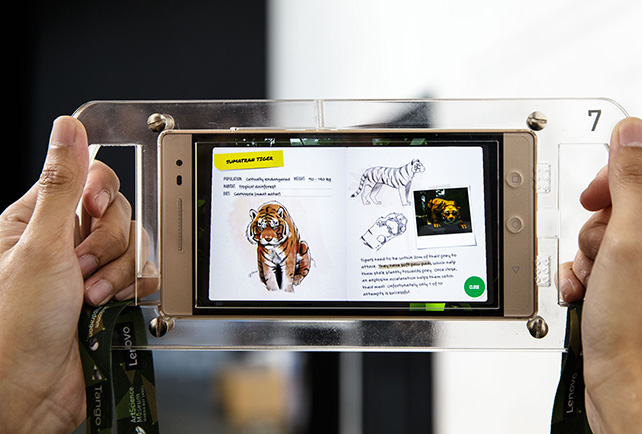 Immersed in a lush digital world, visitors will encounter some of the key inhabitants of the Southeast Asian rainforest and learn about the imminent dangers they face. They observe animals in their natural habitat and take action to defend the natural environment from destruction. The adventure leads visitors around the museum and up to Level 4, where their actions will help restore the rainforest of Southeast Asia. When visitors plant a virtual tree and accompany it with a pledge to WWF, a tree will be planted in Rimbang Baling – one of the last pristine rainforests in Sumatra and a vital territory for the critically endangered Sumatran tigers. 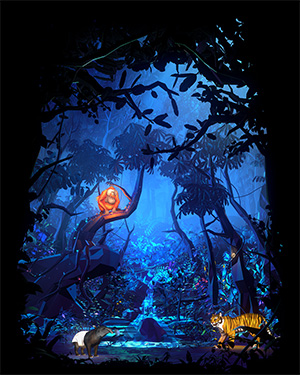 A scene from Brian Gothong Tan’s cinematic film at Into the Wild. Image credit: ArtScience Museum

Into the Wild culminates with a cinematic experience, directed by one of Singapore’s leading filmmakers, Brian Gothong Tan. Hailed as one of Singapore’s most gifted contemporary artists, Brian Gothong Tan is known for his award-winning films, and his visually stunning spectacles at events like Singapore’s National Day Parade. His films and installations have been shown in numerous festivals around the world, including Cannes Film Festival, Venice Architectural Biennale, Singapore Biennale, and Shanghai World Expo.

Into the Wild underscores the urgency of rainforest conservation in Southeast Asia, and highlights the fragility of natural habitats for animals such as pangolins, tapirs, mousedeers, orangutans and tigers.

“In a time of rampant deforestation in Southeast Asia, Into the Wild sends a critical conservation call for the growth and renewal of our natural environment. Only with collective action can we effect positive change, restore rainforest biodiversity, protect tiger habitats and transform the lives of communities and millions across West Sumatra and Riau,” said Elaine Tan, Chief Executive Officer, WWF-Singapore.

Into the Wild is available for free to all ArtScience Museum visitors.