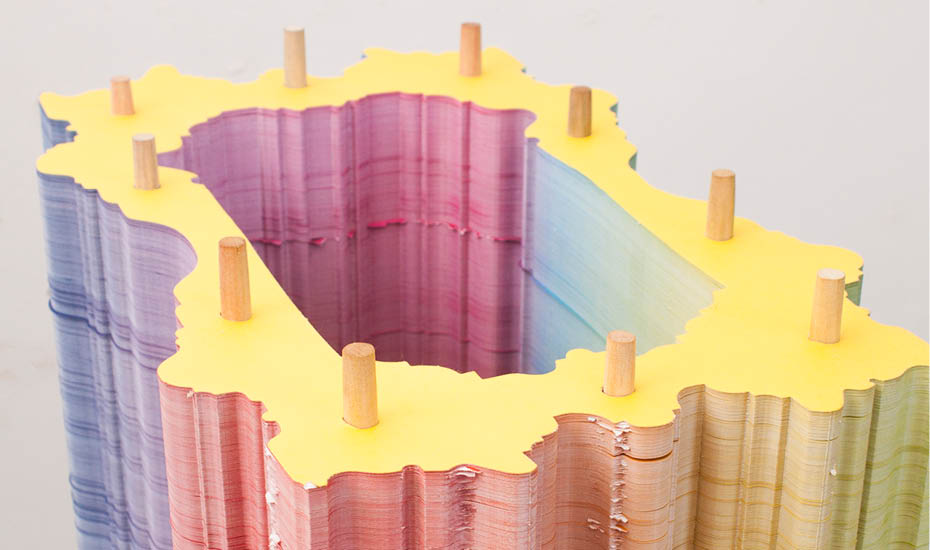 “To a graphic artist, paper is a finished medium. In art, it is often used as a temporary medium where the images is more important than the paper that it is painted on.” – Irfan Hendrian

The nature of representation is inherently flawed. Ideological and innately restrictive, the meaning of any given representation is never definitive as the gap between intention and realization, original and copy, can never be bridged.

Irfan Hendrian’s SANS☒ explores the expansive potential of non-representational aesthetics and thinking strategies. The artist’s non-objective practice operates beyond the finite nature of representation, extending the possibilities of perceptual and imaginative experiences. In this exhibition, “SANS” (literally understood without) followed by the symbol “☒” is used to describe an absence of representation.

Within the space opened up by the absence of signs – things that “stand for” or “take the place of” something else – Hendrian presents us with a particular aesthetic experience; foreign and strange, but equally playful. In these eccentrically coloured, painstakingly constructed forms, Hendrian draws us into a peculiar imaginary space, releasing us from the rules of representation into a state of perceptual ‘tabula rasa’.

About the Artist
Irfan Hendrian (b. 1987) is an artist and industrial printmaker known for his formal explorations in abstraction. Working mainly with paper, his interest is in the Bauhaus’ approach and method: to reduce, subtract, and simplify everything to its most sublime, essential, and substantial state. Hendrian values efficient, logical and utilitarian modes of thinking and acting that reflect directly in his work. Collage provides a methodology that maintains Hendrian’s purist approach to materials, utilising paper as a raw material with sculptural capabilities. Rather than creating images, he believes that through composing visual arrangement of objects, a particular aesthetic value emerges.