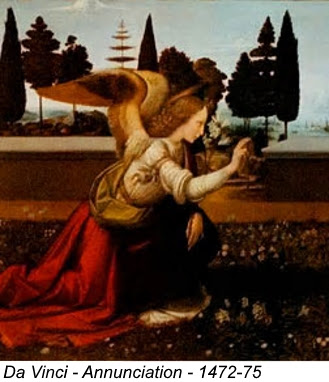 The Renaissance was a cultural movement that profoundly affected European intellectual life in the early modern period. Beginning in Italy, and spreading to the rest of Europe by the 16th Century, its influence was felt in literature, philosophy, art, music, politics, science, religion, and other aspects of intellectual inquiry.

This course will explain and outline the ideas and artists who made the Italian Renaissance one of the high points in Western Art History. Beginning in the 14th Century and working through to the 16th Century, the sessions will explain how new ideas re-shaped the way people thought and how they made art.

During the 5 sessions course, we will review the great artistic achievements and other creative innitiatives of the rebirth of the Classical styles, discussing the influences and works of the Great Masters who made the period… Giotto, Donatello, Fra Angelico, Leonardo da Vinci, Michelangelo, Raphael and Titian are just a few of the names that will come up.

The lectures will be complemented with the projection of short films by Seventh Arts related to the topic discussed on each of them.