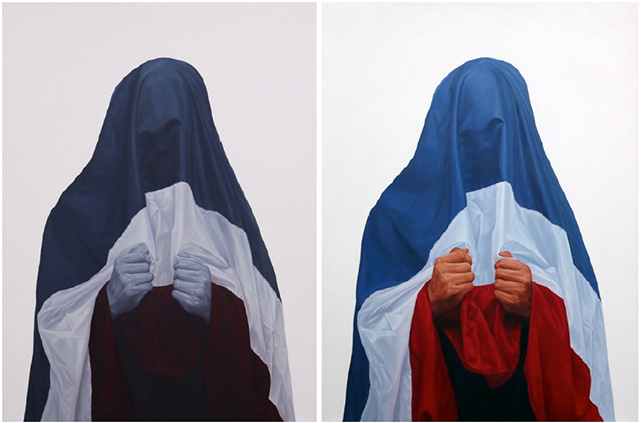 Yavuz Gallery is pleased to present IN THE LOOP, a solo exhibition by Thai artist Jittagarn Kaewtinkoy. IN THE LOOP examines the cyclical nature of Thai politics, with its seemingly never-ending social upheavals, protests and intermittent military interventions. This is Kaewtinkoy’s first solo exhibition outside of Thailand.

Since the fall of absolute monarchy with the Siamese Revolution of 1932, Thailand has become one of the most coup-prone countries in the world. The country has endured an astonishing number of twelve successful military takeovers; so many that some refer to the last eight decades as “coup season”. In between, there has been violent political strife, with the latest round in 2013-4 featuring deadly street riots, politically tainted corruption trails and the army taking control once again after an election derailed by protesters. Coups and protests have been the cornerstone of Thai politics, and it would seem that the cycle continues indefinitely. 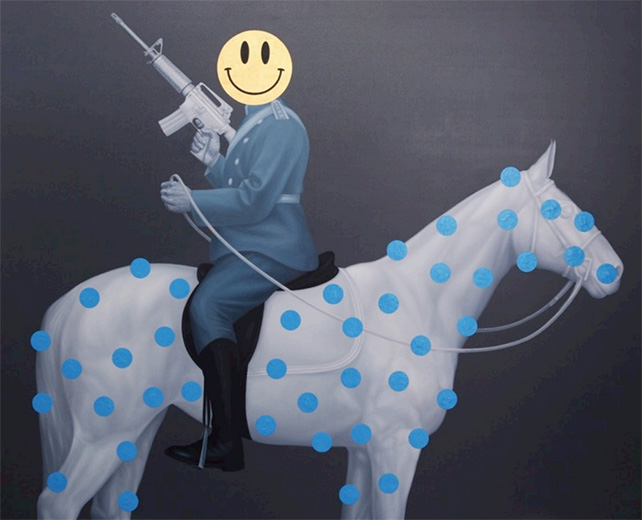 In this new series of work, Kaewtinkoy draws upon politics of Thailand’s past that continue to reverberate, echo and loop in the present. Consisting of paintings, sculptures and installations, this
exhibition references historical events and figures such as the mysterious death of King Ananda (Rama VIII) and the former Prime Minister (1958-1963), Field Marshall Sarit Thanarat, to examine the ideals of progress, democracy and power and how past events and actions continue to be repeated today. Executed in Kaewtinkoy’s signature surreal and symbolic style with bold colours and a twist of dark humour, IN THE LOOP reveals the complexity of political reality and the never-ending cycles of violence, exploitation and controversy in Thailand’s history.