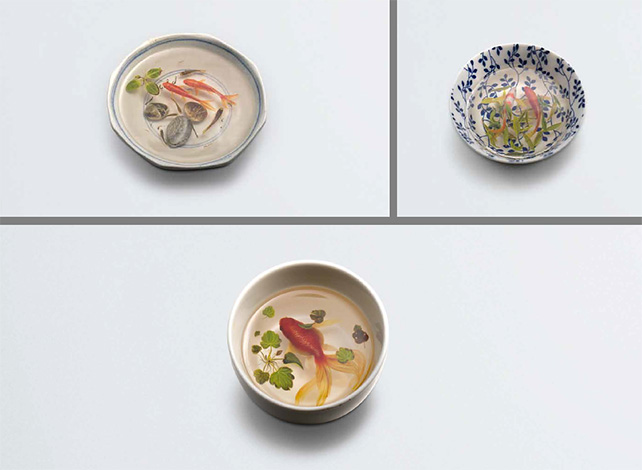 Keng Lye presents his third exhibition at K+, Reborn. After two successful shows, Reborn sees Keng Lye approach his art with a tabula rasa, taking us back to the roots of his artistic journey.

Spurred by a challenge from his friend in 2011, Keng Lye first sought to recreate Japanese artist Riusuke Fukahori’s paintings of goldfish in resin. Since then, Keng Lye has been pushing his technique to the limit, as seen in his 2016 exhibition Alive Without Breath II: Creature Comforts, where he experimented with ways of making his work three-dimensional.

In Reborn, Keng Lye eschews the bold and complex techniques he previously explored, instead preferring to focus on the simple and detailed brushstrokes which propelled him into the spotlight. For this exhibition, Keng Lye wanted to “go back to basics”. Never one to rest on his laurels, he studied oil painting under the tutelage of a local master over the course of the year. He gives credit to the classes for renewing his passion for painting, as they reminded him of his carefree days as an art student.

For this exhibition, Keng Lye returns to the scenes of his youth, with breathtaking renditions of longkang (Malay for drain) fish as well as one of his favourite subjects: goldfish. Every piece is imbued with a quiet sense of earthiness and fluid beauty. Housed in simple bowls made from a range of familiar materials, his resin fish go beyond mere artifice and come alive under his skilful brushstrokes.