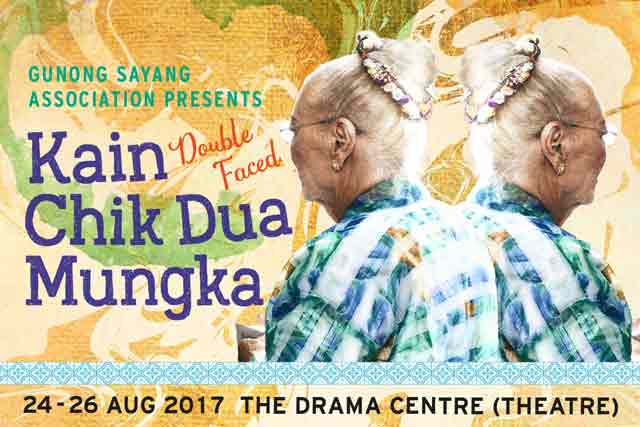 “Ai yee, Tua Pek Kong!” exclaimed Bibik Pungot as she learnt while gossiping with her daughter, what Bibik Bisu had been eating at home. “Ada ka begitu makan bubor sama tau yew seh?” (Has the situation reached this point where Bibik Bisu is eating porridge with dark soya sauce only?)

Bibik Bisu, acted by none other than G T Lye, known to many as the doyen of female impersonators, resurfaces once again and causes tables to be turned. G T Lye reprises his role as a bibik in baju panjang and sanggol.

Poh Geok, the unforgivable table-slamming daughter-in-law who spoke rudely to Bibik Bisu and chased her out of the home, fell gravely ill and finally, turned over a new leaf when she sought forgiveness from her mother-in-law.

The story now shows the struggle Bibik Bisu has. Although she has forgiven her contrite daughter-in-law, her heart is scarred by hurtful words and unforgettable actions. She encourages her son, Chong Guan to take on a second wife so that he may have descendants. She succeeds and Betty marries into the family. Within a year, she bears him a son. Bibik Bisu is over the moon about the new daughter-in-law and now, grandson.