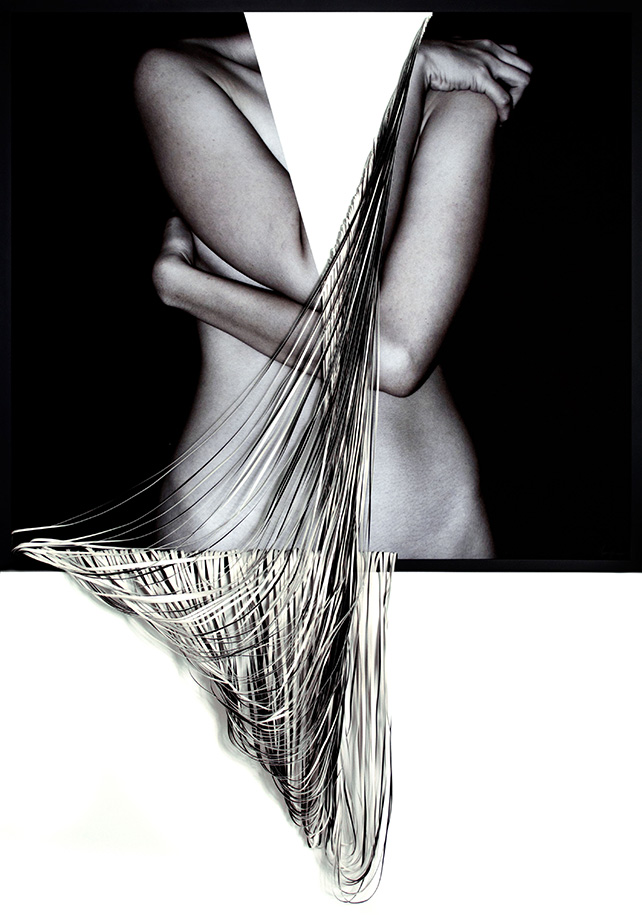 Kamolpan Chotvichai is an emerging Thai artist based in Bangkok who draws inspiration from her Buddhist roots. The exhibition is being held in association with the 5th edition of the Singapore International Photography Festival. The exhibition kicks off during Gillman Barracks’ fourth anniversary weekend, opening Friday, September 23, during the hub’s Art After Dark event.

Kamolpan Chotvichai addresses issues of identity and gender in photo-based self-portraits. Challenging the formal limitations of paper and canvas, she meticulously hand-cuts images of her body, creating sinuous ribbons along various parts of her anatomy. Based on an understanding of Buddhist teachings, Chotvichai obliterates her identity, eliminating her face and literally strips away her physical form, in the process relinquishing attachment to her body.

In contrast to the often socially and politically charged contemporary art from Thailand, Kamolpan’s emotionally wrought black-and-white images are free of cultural iconography or social commentary. Her work is informed by her cultural heritage, not defined by it. Although her practice incorporates elements of Buddhist philosophy, her succinct visual language is entirely modern. She executes these dimensional works with an almost scientific precision and unparalleled technical mastery. 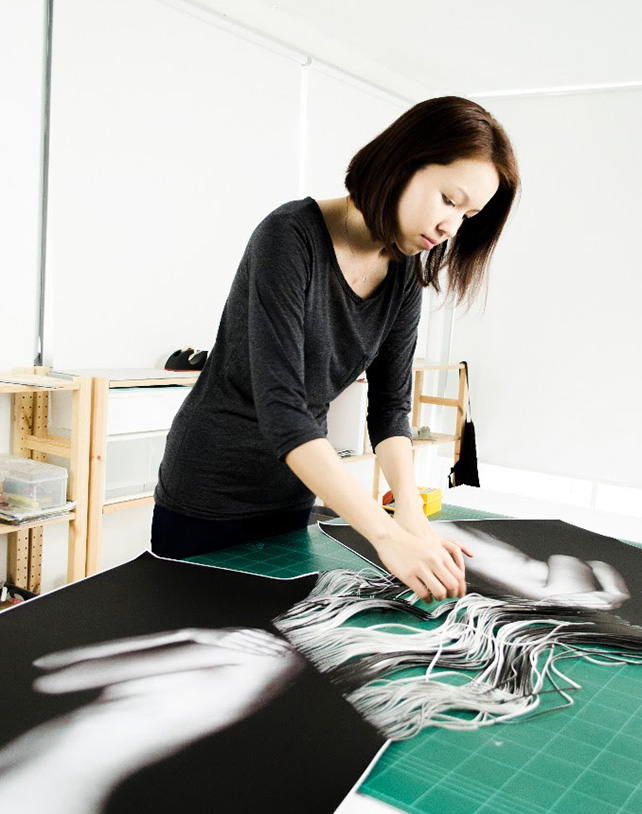 Her artistic process is composed of multiple steps. She begins by sketching each composition before translating her concepts and postures into photographs. Before printing and mounting the photo portraits, she distorts her image in an intentional manner. Then, wielding an ordinary utility knife, she carefully slices areas of the canvas into strips. Through this process, she transforms two-dimensional photographs into three-dimensional sculpture-like works.

Born in Bangkok in 1986, Kamolpan Chotvichai received a Master of Fine Arts degree at Silpakorn University, Bangkok. She is the recipient of numerous awards and scholarships, including a Gold Medal at the 58th National Exhibition of Art (2012), Bangkok.

This year, her work was prominently featured in Thailand Eye at Saatchi Gallery, London, the first major survey of contemporary Thai art globally. Her work was shown alongside renowned Thai artists such as Rirkrit Tiravanija, Navin Rawanchaikul and Udomsak Krisanamis and was chosen for the cover of the book accompanying the exhibition. Thailand Eye was also presented at the Bangkok Art and Culture Centre in 2016.

In 2015, Kamolpan Chotvichai was the youngest artist to participate in Frontiers Reimagined, an exhibition of global art and Collateral Event of the 56th Venice Biennale. The show was mounted at the Museo di Palazzo Grimani and named one of the five best exhibitions at the Biennale by The Art Newspaper.