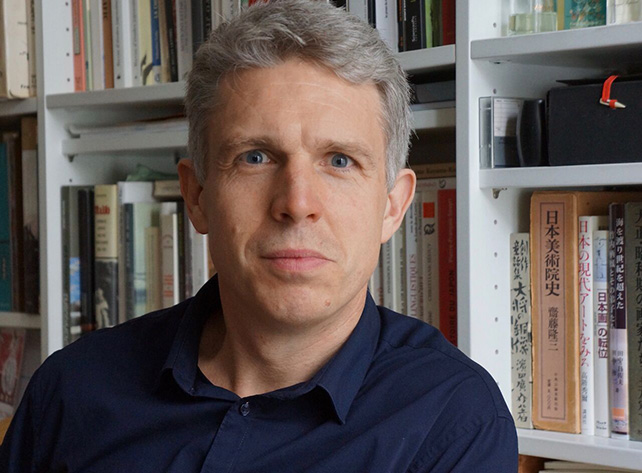 In the second lecture of Knowledge Sans Frontières, Dr Michael Lucken – historian and professor at the National Institute of Oriental Languages and Civilisations in Paris (INALCO) – presents new perspectives of the Academy Award-winning film, Spirited Away. The analysis of this film as a roman à clef as an allegory Miyazaki built around the notion of space that tends to reverse the modern hierarchy between two realms, the “realm of verticality” and the “realm of horizontality”.

Dr Michael Lucken is a historian and professor at the National Institute of Oriental Languages and Civilisations (INALCO) in Paris.  He is the author of several books including L’Art du Japon au vingtième siècle (Japanese Art in the Twentieth Century, 2001), Les Japonais et la guerre (Japanese and the War, 2013) Imitation and Creativity in Japanese Arts (2016).