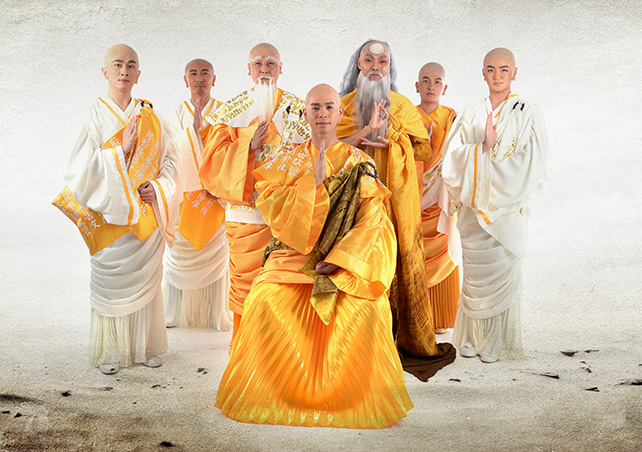 KUMARAJIVA 鸠摩罗什 (Mandarin with English surtitles) is a faithful re-telling of the journey and life of one of the most revered monks in Buddhist history. Kumarajiva is widely-regarded as an illustrious Buddhist monk and scholar who was instrumental in the propagation of Buddhism in China through his unsurpassed concise translations of teachings from key Sanskrit scriptures to the Chinese language.

Of noble parentage, Kumarajiva forsake his marriage to a Kucha princess and entered monkhood in pursuit of enlightenment. Through certain trials and tribulations, Kumarajiva eventually settled in Chang’an where he interpreted many profound sutras to Chinese with the help of his disciples and followers. His legacy became the principal readings of many followers and is till this day, still widely-regarded as both literary and Buddhist treasures.

This production is a collaboration between Toy Factory and Foo Han Ch’an Monastery, who hopes this enduring tale will motivate Buddhists to seek greater learnings, as well as share its themes of perseverance, endurance and filial piety with a greater audience outside the Buddhism community.