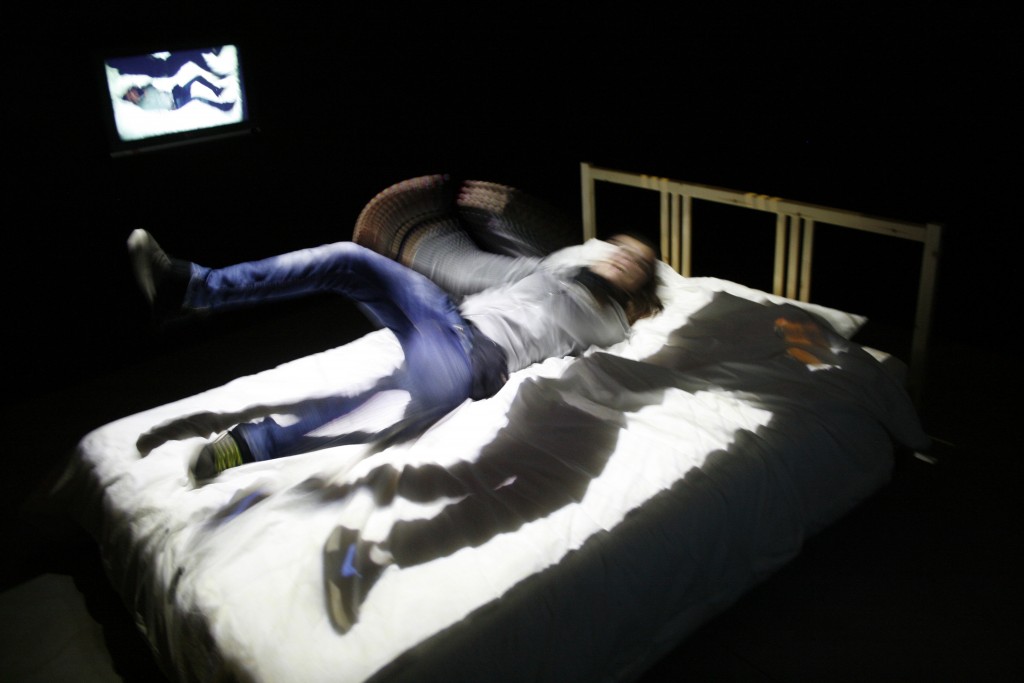 Part of the LASALLE Public Lecture Series, Paul Sermon – a leading pioneer of interactive media art – will present an overview of 25 years of his innovative creative experiments. Central to his practice is the notion of ‘telepresence’ – seemingly transporting gallery visitors into other spaces and worlds, and transforming their roles from viewers into artistic co-creators and collaborators. His networked video installations present an uncanny sense of co-presence and ‘touch’ in a global network, connecting audiences from across the world to participate in the most extraordinary and intimate experiences.

Paul Sermon is a leading pioneer of interactive media art and winner of one of its most prestigious awards, the Prix Ars Electronica Golden Nica. His celebrated artworks have been exhibited around the world to international critical and popular acclaim. His groundbreaking ‘telematic’ video installations such as Telematic Dreaming (pictured) bring people together from different locations for surprising interactions within a shared space that appears partly real and partly virtual.