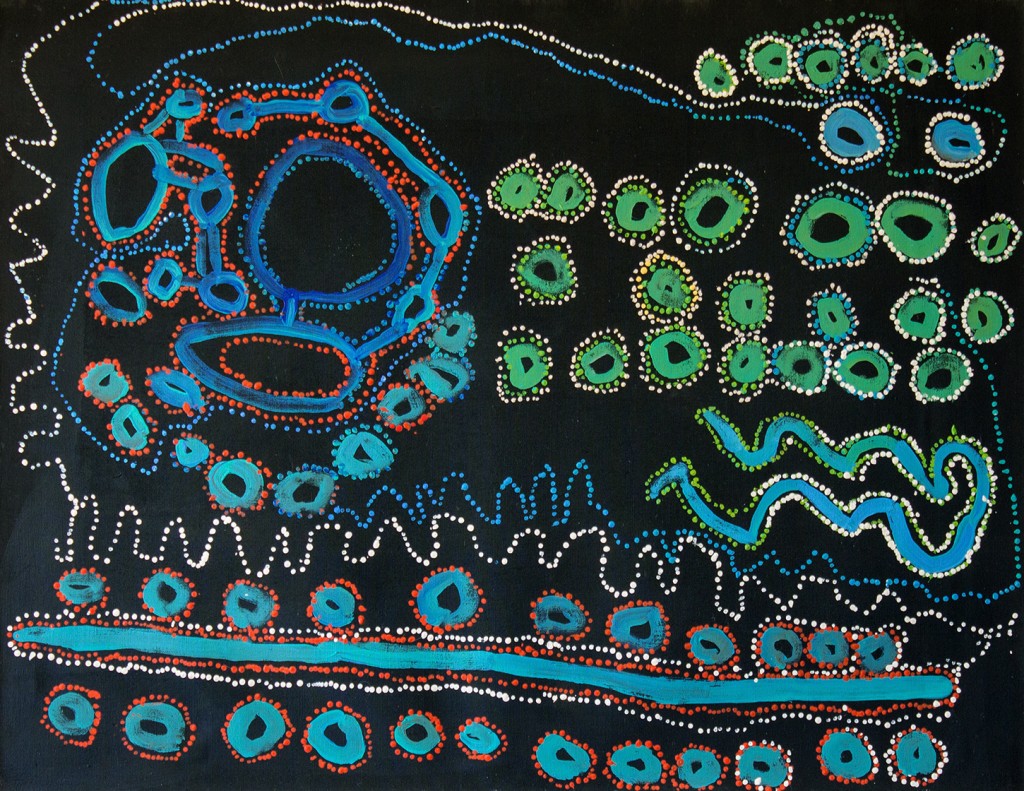 ReDot Fine Art Gallery is extremely honoured to be hosting the first ever solo show for Lawrence Pennington, a senior lawman from the Tjuntjuntjara community, who was born circa 1934.

Wati Wara – Lawrence Pennington Solo is a collection of 29 recent paintings, celebrating the life of one of the most revered Indigenous men in Australia today. Lawrence Pennington started painting with the Spinifex Arts Project in 1999, collaboratively and individually before leaving Tjuntjuntjara for about 7 years. Perhaps it was because he had aged somewhat or he was back on country amongst his fellow senior lawmen and therefore in a more contemplative space. Whatever the reason that led Lawrence to recently begin painting again with vigour, it has produced a portfolio of fascinating, eclectic works which are distinctly his. His paintings have unearthed a treasure trove of culture and simplistic beauty using minimal colour palates and a honed sense of positive-negative space, drawing the viewer into a world which has long since been forgotten and the prerogative of a time passed.

This exhibition will run concurrently with another show from the Spinifex Arts Project titled Tjungutja – Art of the Spinifex Collaborative, showcasing eight major collaborative works, which are being gathered in a commercial gallery setting for the first time ever.

The exhibitions begin on Wednesday 27th April and runs until Saturday 28th May 2016. The opening night will be attended in person by Winmati Roberts, Lawrence Pennington’s nephew, and Fred Grant, on behalf of the Spinifex Arts Project. Art Centre coordinators Amanda Dent and Brian Hallett will also be in attendance. 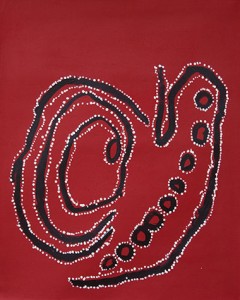 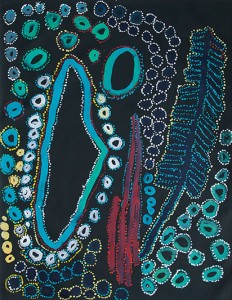