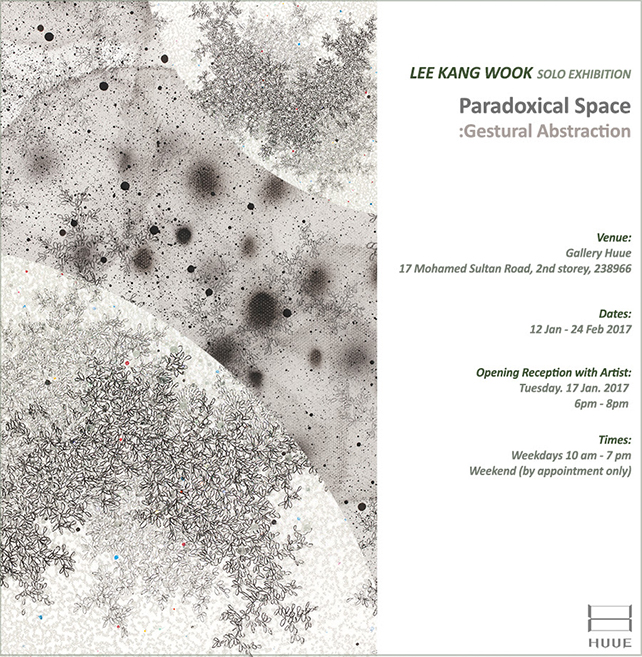 Paradoxical Space: Gestural Abstraction is the solo exhibition of Kang-wook Lee. This exhibition in Singapore aims to examine the changes and aspects of Lee’s works in the existing series, ‘Invisible Space’, and a new series, ‘The Gesture’.

Lee began to stand out among many young artists after he swept various significant prizes in the leading contests across South Korea in his mid-20s where he managed to sell all of his submitted exhibition works. After his initial success, he went to study in England in order to expand internationally, and spent the duration of seven years finishing his master’s and doctoral studies. While studying in England he continued his career as an artist, and participated in several group exhibitions. He held a solo exhibition not only in England and South Korea – but also in Japan and Singapore. Upon his return to Korea, after finishing his studies in his final year, Lee signed an exclusive contract with the Arario Gallery, run by one of the world’s top 100 art collectors, Chang-il Kim, and became a professor at the prestigious art school at Hongik University in Seoul. The course of his life henceforth demonstrates how sincerely Lee has built his career as an artist.