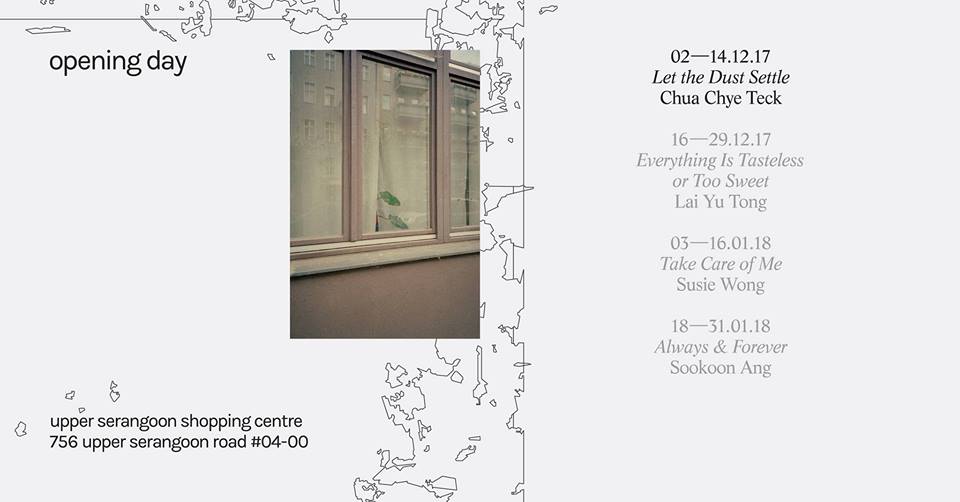 Chua Chye Teck has been a full-time artist for close to twenty years. Growing up in a family of carpenters, he has always had an affinity with wood and the three-dimensional form, which pushed him to challenge himself by working in the photographic medium instead. Through photography, he has explored different ways of presenting his views on found objects, spaces and nature. After more than a decade of image-making, Chye Teck is keen to go back to sculpture, following an urge to focus on creating from scratch rather than reacting to a given scenario.

opening day is a four-part series of artistic interventions housed in the common space on the top floor of Upper Serangoon Shopping Centre (USSC) from 2 December 2017 to 31 January 2018. Titled after local poet Arthur Yap’s poem which describes the new urbane sensations created by the construction of a new building in the 1970s, the poem acts as a foil for the weathered state of the site. Jointly organized by Selene Yap and Cheng Jia Yun, opening day will feature the responses of artists Chua Chye Teck, Lai Yu Tong, Susie Wong and Sookoon Ang.