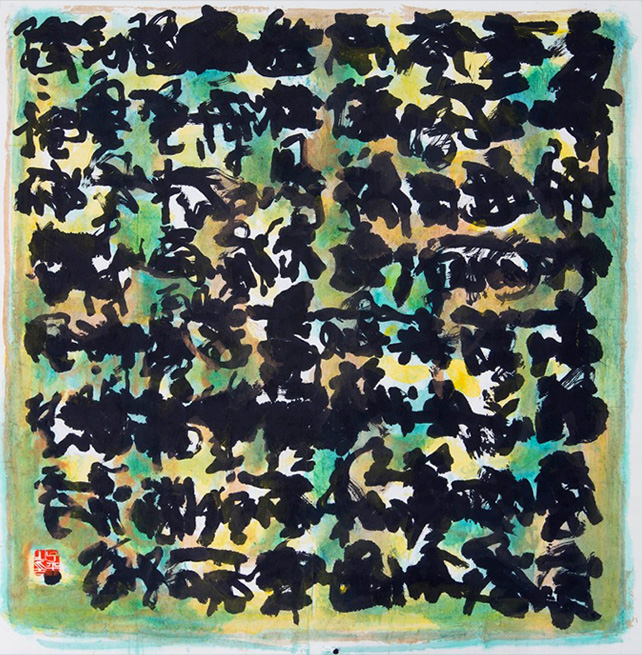 Impressions (墨韵) is a celebration of the bold, innovative calligraphy and Nanyang-style paintings of Lim Tze Peng. A Cultural Medallion awardee, Lim is one of the most iconic living artists in Singapore.

Held in conjunction with his 95th birthday – which falls on 28 September – the exhibition will showcase a special selection of 95 old and new works in the catalogue acompanying the exhibition. These artworks are the epitome of fervent passion, strength and vitality.

The lauded maestro began practising calligraphy at a young age. He believes that once a strong foundation has been achieved, it is easy to change the style of writing – allowing for the integration of different styles and combination of characters. His stylistic breakthrough of abstract calligraphy, or 糊塗字 is an embodiment of personality and innovation – leading to the creation of a style unique to himself.

Preferring to emphasise on the expressiveness and elegance of strokes rather than the meaning of the words, Lim layers his works atop one another. As such, the words appear cursive and take on an abstract form, and the original characters become almost unrecognisable.