Live performance by Chicks on Speed at Art After Dark 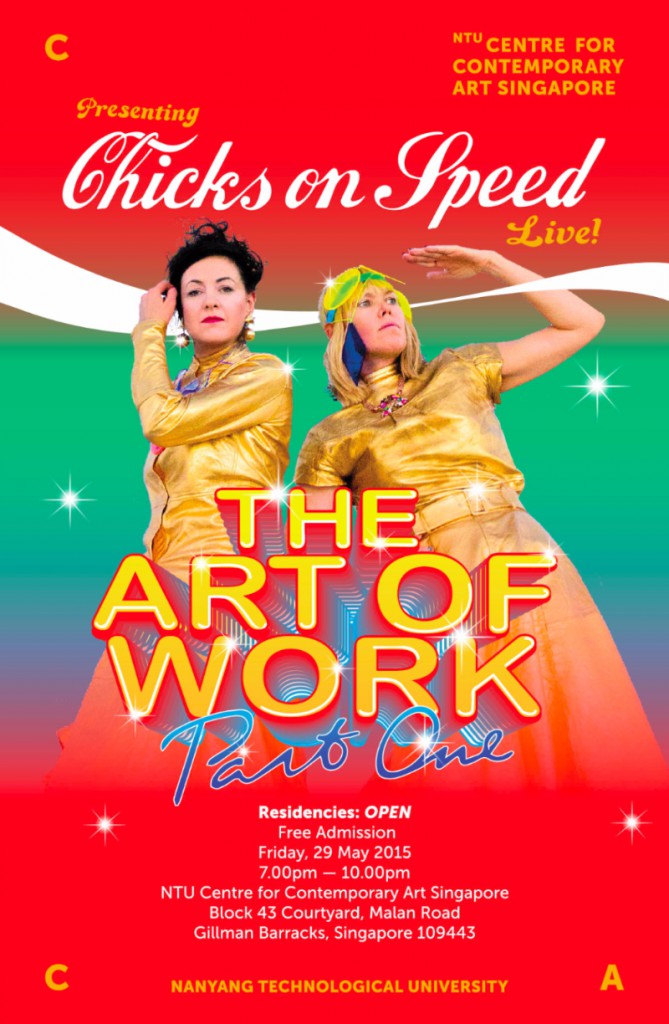 Join us for an electrifying night with a live performance by Chicks on Speed known for their cult status as catalysts of the musical genre, electroclash and collaborations with Julian Assange, Karl Lagerfeld, Peaches and Yoko Ono among others. One of its musical duo, Alex Murray-Leslie (Australia) will be an Artist-in-Residence in May.

In an evening of added girl power, this performance will present some of Singapore’s most exciting musical acts that will include opening DJ sets by ATTAGIRL!, an all female creative collective featuring A/K/A, Durio and Jaydah. Musical collaborations with Chicks on Speed include performance artist, Malvina Tan and Obedient Wives Club drummer, Lennat Mak. Chicks on Speed’s costumes for this performance are designed in collaboration with fashion designer, Dinu Bodiciu.