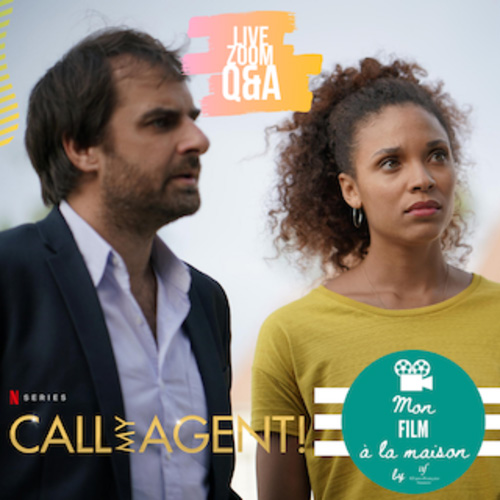 Stéfi Celma is a French actress and singer. After several roles in French comedies, she joined the cast of Call My Agent! in 2015. In the series, she plays Sofia Leprince, the new receptionist of the ASK agency. But like Stéfi, Sofia is also an actress and a singer, and working only as an administrative staff does not seem enough for her growing ambition and her dreams of success…

Grégory Montel is a French actor, who plays the role of agent Gabriel Sarda in Call My Agent!. With more than 30 roles in films and series in the past years and a career on the stage as well, Grégory Montel joined the cast in 2015, playing Gabriel, a laid-back and funny agent, who is best friend with Andréa, and quickly gets confused about Sofia: is he her agent, her lover, or both?