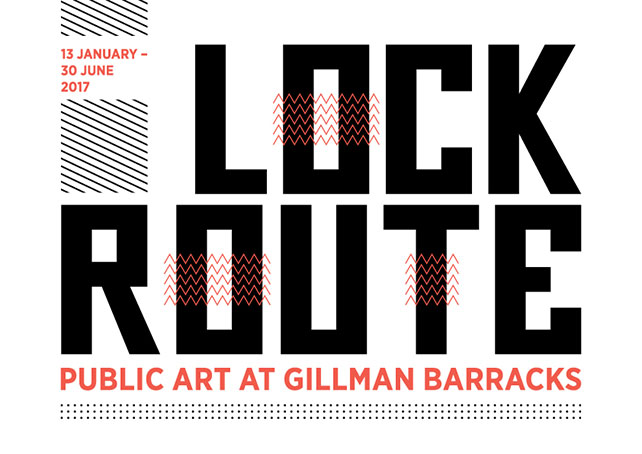 LOCK ROUTE is a special public art showcase at Gillman Barracks that will be on view until 30 June 2017. Curated by Khairuddin Hori, LOCK ROUTE takes inspiration from 9 Lock Road – the address of Gillman Barracks which was the base of the traditional 24 kilometre long route march common in the training of graduating army recruits in Singapore, Lock Route invites visitors to traverse the knolls of this repurposed army barracks as part of their encounter with art. In a concoction of eclectic, urban and contemporary aesthetics from a line-up of international artists, this outdoor exhibition elicits both mental introspection and physical response. Artworks include new commissions by international artists Cleon Peterson, Mel O’Callaghan and Oanh Phi Phi, alongside Singapore artists Gerald Leow and Sheryo+Yok. 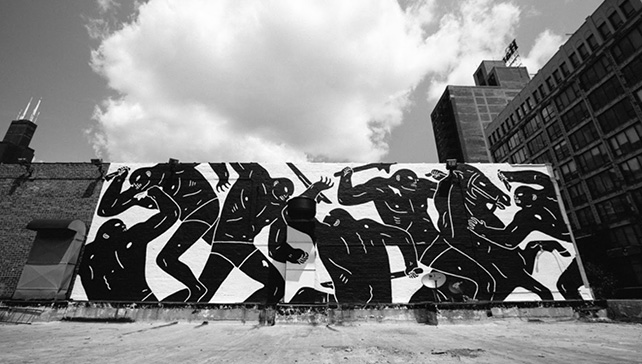 Re-evaluating all values of class, morals and prejudices, Peterson’s work presents vignettes of society re-imagined. In accord with Carl Jung’s notion of the ‘shadow aspect’ of the psyche, the shadow figures in Peterson’s work represents an unconscious that is repressed and buried, creating an upheaval of discord. The omnipresence of barbarity and violence in society reflects humankind’s unending gratification towards power and control. In contemporary society, men are constantly flooded with imageries of brutality, disorder and injustice. While sympathizing with the tragedies of the world, there is an unspoken yearning for personal and social power and dominance. Since the time of hominids, violence has been prevalent in history. While humans have learned to control through social niceties and rites, there remains an inner shadow of rage denied by our culture, fuelling a fascination with violence and gore. With the unconscious attempt to resolve the intolerable situation of our collective societal repressions, the depiction of violence provides us with a momentary sense of freedom.