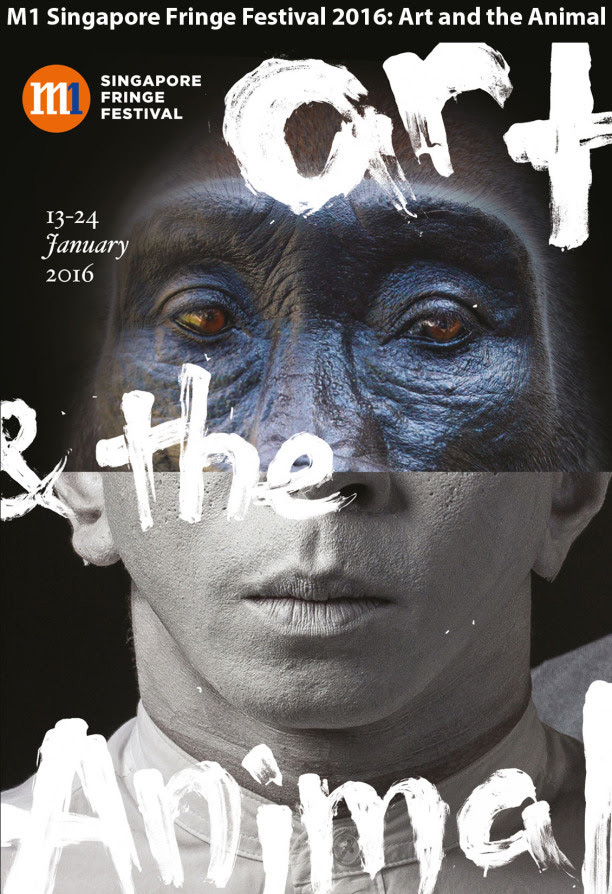 Unleash your wild side as the M1 Singapore Fringe Festival returns for its 12th year with the theme Art and the Animal. Presenting 19 events from 12 countries, the theme of Art and the Animal will be explored through a variety of mediums, art forms and languages, featuring four commissioned local works, and a total of five world premieres and eight Asian premieres.

Helmed for the second time by Artistic Director Sean Tobin, the festival will also see more engagement with other partners, including satellite events in line with the theme, taking place in various venues around Singapore throughout the festival period from 13 to 24 January 2016.

Humankind’s relationship with animals and animalistic aspects is a long and colourful one. We revere yet kill them, love yet hate them. We have immortalised them in our art but have also driven some species to extinction. Art and the Animal explores the duality between human and animal: the intricate differences and similarities between the two, as well as how we sometimes struggle to co-­exist harmoniously. 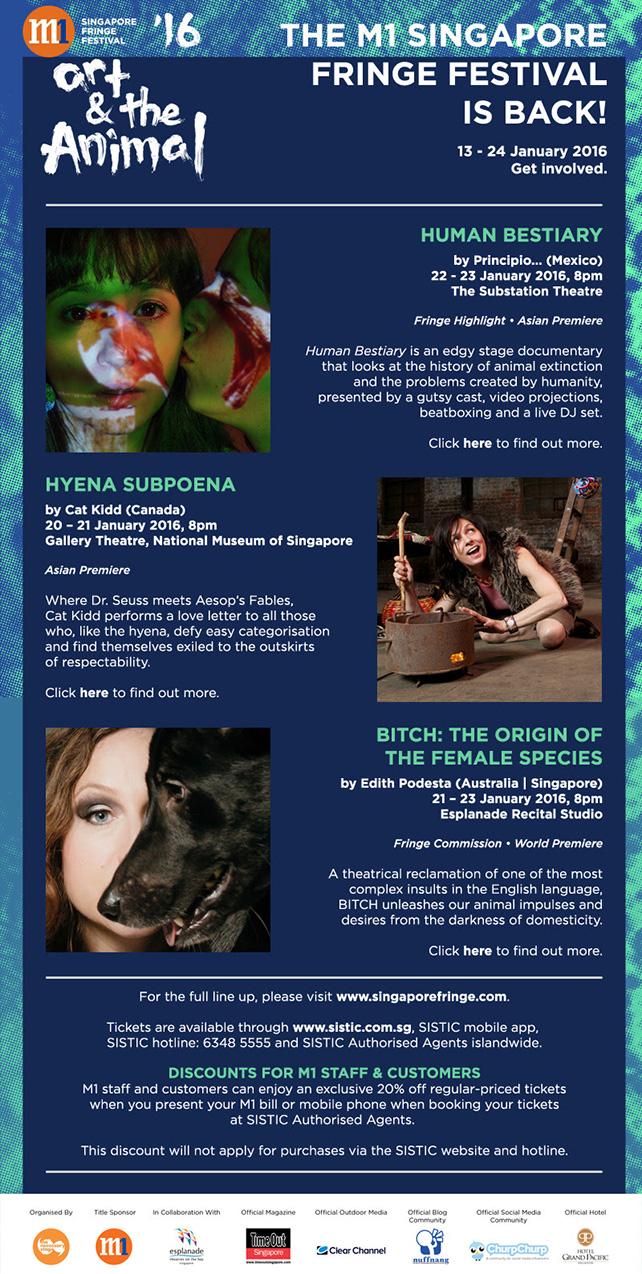