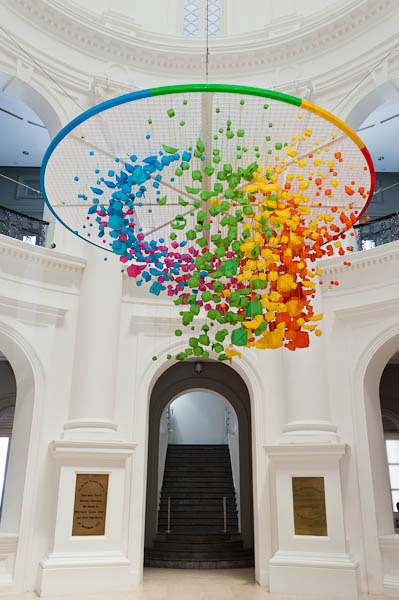 Born and raised in the high mountains of Savoy France, Mademoiselle Maurice is a French artist of 29 years. After graduating in Architecture school in Lyon, she worked in Geneva, Marseille and Japan. While living in Tokyo during the tragic events of March 2011, her body of work was considerably influenced by this tragedy.

Her work is also inspired by the legend of 1000 cranes and Sadako’s story: a little girl who lived the tragedy of Hiroshima. Now based in Paris, she develops and creates colorful works directly linked to her daily life using origami, lace, embroidery, or other mixed media. Light in appearances, the work of Mademoiselle Maurice proposes and raises fundamental questions about human nature and the interactions that sustain people and the environment.